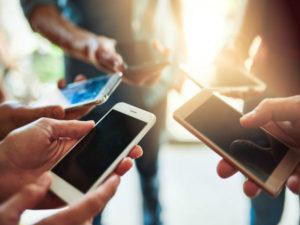 Gartner has revealed that worldwide sales smartphones to end users will total 1.5 billion units in 2019 which is a 2.5 per cent declined year over year.

Analysts, however, expect smartphone sales to grow again in 2020, driven by broader availability of 5G models and the promotion of 5G service packages in various parts of the world by communications service providers (CSPs). Analysts also expect the first 5G Apple iPhone to launch in 2020, which should entice iPhone users to upgrade.

5G Smartphone Sales to Ramp Up in Second Half of 2020

“Lengthening smartphone replacement cycles and a ban on Huawei accessing technology from US-based suppliers weakened demand for smartphones in the first half of 2019,” said Annette Zimmermann, research vice president at Gartner. “We expect demand to get even weaker in the second half as replacement of high-, low- and mid-end smartphones continues to slow, due to low-value benefits.”

“Although leading mobile manufacturers have started positioning their first 5G smartphones (such as the LG V50 ThinQ, OPPO Reno 5G, Samsung Galaxy S10 5G and Xiaomi Mi MIX 3 5G), and CSPs have started to offer some aggressively priced 5G service packages, 5G smartphone sales are set to remain small in 2019. Sales will start to ramp up in the second half of 2020 as the coverage and availability of 5G hardware services improve,” said Ms Zimmermann.

Gartner forecasts that sales of 5G smartphones will top 15 million units in 2019, which will represent less than 1% of total smartphone sales in that year.

Japan, Western Europe and North America Will Record the Largest Declines in 2019

Japan (-6.5 per cent), Western Europe (-5.3 per cent) and North America (-4.44 per cent) are set to exhibit the worst declines in sales of smartphones in 2019 (see Table 1). “In mature markets, the high-end smartphone market is particularly oversupplied and commoditised, with higher average selling prices (ASPs) and no compelling new utility or experiences for users to upgrade to. Despite ASP increases on high-end smartphones slowing down recently, the vendors who primarily rely on replacement smartphone sales continue to face tough times,” said Roberta Cozza, senior research director at Gartner.

Gartner analysts expect total smartphone sales to decline in the second half of 2019, continuing the trend witnessed in the first half. “The ban on Huawei (even though currently partially lifted) has created negativity around the Huawei brand and is likely to open a few opportunities for other manufacturers in overseas markets such as Western Europe,” said Ms Zimmermann. “Despite the US administration’s directive that allows US suppliers to work with Huawei again, the situation remains unclear. The latter part of the second quarter of 2019 was certainly challenging for Huawei in EMEA and Latin America. However, its leading position in its home market remained unchanged.”