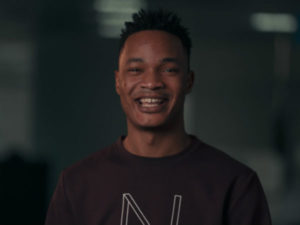 The developing world is venturing online. Thanks to a surge in smartphones, billions more people are connecting to the internet all over Africa, South America and Asia. In fact, last year saw a half of the global population using the internet for the first time in history. Much of this progress was down to accelerated growth in Africa: Internet connections on the continent climbed from just 2.1 per cent in 2005, to over 24 per cent in 2018.

However, a majority of users in these emerging markets face constraints not frequently found in developed markets. These include limited access to data connections, high costs of data, and reduced memory in devices. The challenge facing app developers is, therefore, how they can make their app data-light and worthwhile for users with low internet speeds and intermittent connections. Those that can optimize apps to address these specific needs will be the first to reach this new cohort of users. Here’s why data-light apps are key to cracking the code.

Google is already leading the way in aligning its Android apps to fit entry-level devices being used in emerging markets. The project, dubbed as “Build for the next billion users”, minimizes the size of an app so it can be downloaded quickly. It also ensures less mobile data is used and less device space is needed to store the app. Android is the most popular smartphone used in the developing world with over two billion users. By reducing the size of its Android apps, Google is now able to reach a whole new generation of users with fairly low-end devices.

Major tech companies have rolled out “lighter” versions of their apps to specifically target developing markets with low bandwidth challenges. TikTok, a short-form video app, has seen huge widespread growth thanks to the launch of its “TikTok Lite” app. Since its debut in August last year, TikTok’s lite version has reached five million installs in primarily developing Asian markets.

Mobile data is expensive in many developing nations. In parts of Africa, a gigabyte of internet data can cost $35 or more. And in India, 500MB adds up to around 17 hours of minimum-wage earnings. App developers are more likely to reach new customers if they build apps that require as little data as possible to use. Data-light apps, therefore, have the potential to reach new audiences across the developing world, but developers must keep in mind that the size and data dependency of the app, including updates and new features, can cater to low data usage modes.

No connection, no problem

Despite the rapid adoption of smartphones across the continent, almost half of Africa’s countries have experienced internet shutdowns in the past five years. Low and intermittent connections in emerging markets are not uncommon. Apps with reduced data dependency, or better yet, apps that can work offline, will see huge market penetration.

Data-light apps for developing markets need to be able to function and be downloaded on slow and unreliable networks. This is largely due to intermittent connections but also down to the fact that 60 percent of the total mobile connections worldwide are on 2G. Allowing the user to control the type of data connection consumed is a useful trick. For example, ensure there is an option to only sync over Wi-Fi. When connections are weak, users, therefore, have the option to conserve data. Optimizing online data refreshes in the app is also important, as this will allow for less data consumption.

Relay, a social app for staying connected to your local communities, has become hugely popular around Africa, particularly Burundi, the DRC, and Kenya, because it allows users to stay connected even when offline. The app uses peer-to-peer technology to exchange data between users located nearby. People in remote areas are therefore able to stay up to date with local events, community information and meet up with people who share similar interests.

In developing markets, where power shortages are frequent and constant access to electricity is rare, people avoid downloading certain apps because they use up too much precious battery life. Data-light apps, however, do more processing on the server which results in lower battery consumption.

Facebook has made progress in addressing battery consumption challenges in emerging markets with its Facebook Lite version for Android. The Lite architecture resizes and controls the size of images on the server, meaning the device using the app will not waste battery life processing or resizing unnecessary images to fit the screen. In all data-light apps, only small amounts of data are exchanged, and at a less frequent rate, ensuring little battery is being utilized.

By 2020, Africa is projected to have 725 million smartphone users. As the digital revolution hits these developing markets, it’s crucial that app developers and tech giants focus their efforts on tweaking their apps to meet the demand. Faced with slow and intermittent internet connections, power shortages, and data expenses, data-light apps are proving to be the only way forward.

Contributed by Elvis Chidera, Nigerian entrepreneur currently working as an engineer at Careem