Private messaging platform, WhatsApp is reportedly working on an all-new Group Privacy Blacklist feature. The new feature will allow users to choose which contacts are allowed to add them to a group and which contacts aren’t.

WhatsApp is working on a new Group Privacy feature.

According to WABetaInfo, the latest update – named ‘My contacts except…’ – is set to replace the current ‘Nobody’ blacklist option which prevents all users from automatically inviting contacts to groups. And when the group admin has been blocked from adding a certain user to the group, the user will privately receive an invitation so that they still have a chance to accept.

When users changed their Group Privacy Settings, they used to be able to block all invitations by using the ‘Nobody’ option to select all of their contacts – now, they can choose to block only selected contacts, allow invitations from only their contacts or from everyone. 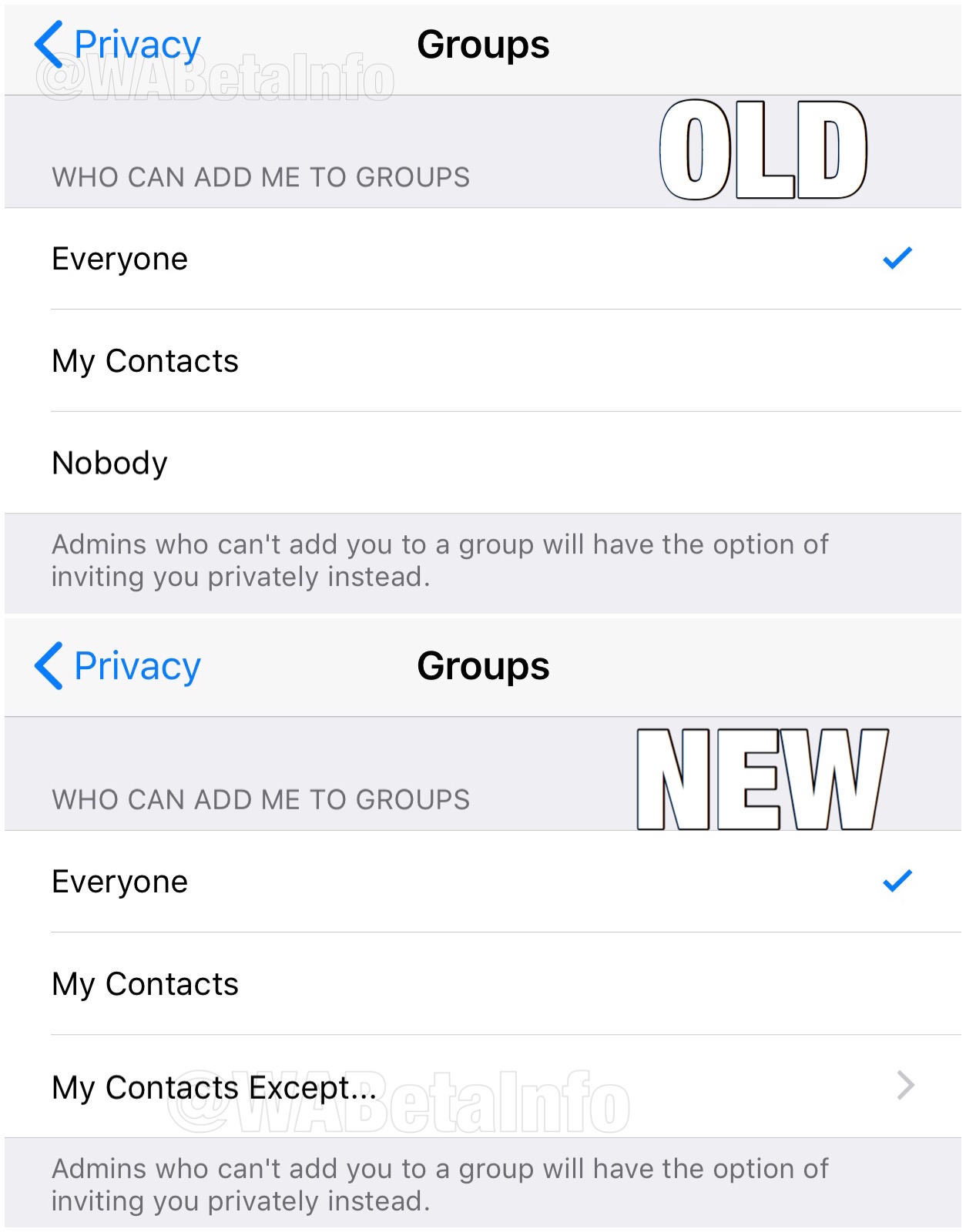 This feature is not in effect yet but WhatsApp has reportedly begun implementing beta versions of the Android and iOS applications in India.

In an official blog post, WhatsApp says “These new privacy settings will begin rolling out to some users and will be available worldwide in the coming weeks to those using the latest version of WhatsApp’. However, there is currently no worldwide release date for the new functionality despite the company first introducing it in April 2019.