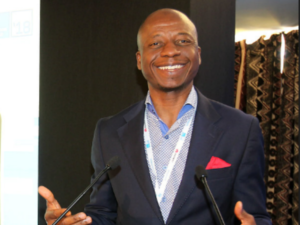 Vodacom has unpacked its 51 per cent stake acquisitions in IoT.NxT. Through this acquisition, Vodacom will leverage on what IoT.NxT has already been doing in the IoT market and will support this by combining it with what Vodacom Business is doing in the market in the Internet of Things space.

The acquisition promises to help make a difference and a positive impact in the lives of the every-day consumers, as billions of devices are going to get connected as a result of the partnership. Vodacom has been pioneering the digital movement for some time now, starting out with machine to machine connectivity, later on evolving the connection from machine to machine by creating a platform called the global data service platform, which enables the different SIM cards within these machines to be managed in a seamless manner.

The mobile network operator has now entered the next stage of connectivity, and that’s where its acquisition of IoT.NxT comes in. Through this partnership, the mobile network operator aims to create the ability to merge new and old ways of conducting connections, and the translation of the different languages that the various devices speak, for the purpose of enabling them to understand each other. In doing so, they will be better secured and can be deployed easily. Vodacom has said that this acquisition has enabled it to move to the next level of capability in the value chain of connecting things.

William Mzimba, Chief Executive for Vodacom Business said: “Today, people are walking around with two or three devices – comprising of their phones, their smart houses as well as their cars. And they need a platform that will manage all of that complexity on their behalf. In addition to enhancing the security element, we are effectively creating seamless connectedness between their devices as well as the exchange of data across those devices. They need a platform that will manage of those devices and, through this partnership with IoT.NxT, we now have the capability to do just that”.

“The true value of this partnership lies in the fact that Vodacom encourages us to maintain our agility, and our manner of doing business, so IoT.NxT won’t lose that through this acquisition. We’ve had a very good period. We’re very fortunate to have found funding partners, such as Vodacom, who believe in the company’s vision. For me, it was a straightforward straight to market, straight to value and that really was the driver,” Nico Steyn, Chief Executive Officer at IoT.NxT.

Vodacom has embraced a strategy of partnering in the market, as opposed to doing it all by itself. This move has opened up opportunities for innovative South African start-ups, in the form of IoT.NxT, which have a global appeal.

“We’re always looking at ways to enhance our capabilities and offerings through partnerships with other people, and there’s still a lot of room for growth in the IoT space, more especially seeing as it’s still in its infancy. And today we’re talking about how we’re building out the network component in what we call Narrow-band IoT. Nico, through IoT.NxT gives us capabilities around the connectedness of things, around gateway, around simple deployment, different protocols and language that we can integrate and we’re able to put the applications on top of that, to manage all of these things. So we’re always looking for partnerships that can enhance that,” Mzimba.

Over the years, the connectedness space has seen a lot of big industry players, as well as start-ups, looking to get into IoT. For IoT.NxT, this acquisition will aid in moving the company a couple of notches up in terms of servicing the 4.5 million connections that already exist in this space, and are on the Vodacom network.