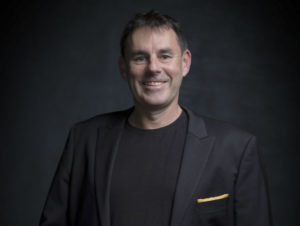 TymeBank revealed at the AWS Summit in July 2019 that it has been onboarding over 100 000 customers a month. The fully-licensed digital bank is owned by African Rainbow Capital (ARC), which falls under the Patrice Motsepe’s Ubuntu-Botho Investments stable looks to disrupt the way banking is done in South Africa. In September 2017 TymeBank announced that it was granted a license by the South African Reserve Bank.

“We are the first bank to receive a banking license in South Africa since the past 19 years. But at our core, we are about financial inclusion. There are too many people underserved by the current banking system in South Africa,” said Dieter Botha, Chief Information Officer of TymeBank.

TymeBank has kiosks located at Boxer and Pick n Pay stores across South Africa and these are rapidly expanding. The bank also allows users to open an account online but the card needs to be collected at the locations. Account-holders can draw money at any of the two retail stores.

Speaking about how to open an account, Botha said, “with just two biometrics no paperwork at the kiosk, you will have a bank account, a savings account, and a personalized debit card with your name in just 5 minutes. Once you’ve got this account, now, you can download an application, you can use it to make transactions. Our customers can deposit money and withdraw money at over 14 002 points in the country. You have an account at zero fixed monthly bank charges.”

The bank aims to disrupt the industry by introducing ‘simple, accessible and affordable banking’ for the underserved community. It wants to create a platform that drives economic inclusion.

“Someone in the rural area would have to catch two, maybe three taxis to get to a bank, this is the most inconvenient way possible to get to a bank. From a financial point of view, bank charges in this country are too expensive, in South Africa, we’ve got some of the highest bank charges in the world, and that immediately is a barrier to financial inclusion. From an emotional point of view, you go to a bank and you are hit with a bewildering range of products with different colour codes, it gets tricky. We knew we had to simplify this, unlike other digital banks in the world, we have a different problem, in South Africa and emerging markets, the physical world is very important. We are still a cash living society,” said Botha.

TymeBank has been leveraging Amazon Web Services (AWS) for a year now and the company has already seen tremendous success.

“What is interesting is that we were not born in the cloud, we actually decided last year to do a lift and shift to the cloud. Today we have over 85 per cent of our entire bank running in the AWS cloud, that including our core systems. We are also rolling out some IoT capabilities to help improve observability,” revealed Botha.

“Recently, at one of our Pick n Pay kiosk in Daveyton we were able to open 154 bank accounts with a debit card in a single day, we didn’t think it was possible and we did all of this with the help of AWS,” Botha continued.

According to Botha, there are two markets that the bank would like to expand to, namely Africa and Southeast Asia. “But right now we are focusing on making this a proper success here in South Africa. That is our number one priority,” he said.

Botha stated that technology is absolutely critical in the banking sector. “Everything is underpinned by technology. Most industries and most importantly the financial industry is the most impacted,” he said.