Twitter is upping the ante when it comes to reducing harassment on the platform – according to The Verge, “Twitter’s director of product management, Suzanne Xie, unveiled some new changes that are coming to the platform this year, focusing specifically on conversations.” 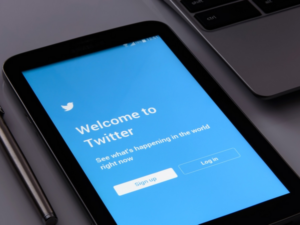 And one new way the social media giant will go about it this by giving users the power to limit the group of people who can reply to their tweets.

“Xie says Twitter is adding a new setting for ‘conversation participants’ right on the compose screen. It has four options: ‘Global, Group, Panel, and Statement’. Global lets anybody reply, Group is for people you follow and mention, Panel is people you specifically mention in the tweet, and Statement simply allows you to post a tweet and receive no replies.”

Twitter is still in the process of researching the feature but Xie says the “the mockups are going to be part of an experiment we’re going to run” in the beginning of 2020 and if all goes to plan, the feature should make it’s global debut sometime later this year.

In 2019, Twitter was already working on a feature that gives users the power to change how others engage on the platform by hiding replies from everyone.

Essentially, the person who posted the original tweet gets to choose which replies are visible and which are hidden from other users. Comments deemed irrelevant or lacking value can be moved to a hidden replies menu. Already the social network says that there are positive and heartening results: the feature has helped people have better conversations and is a useful tool against replies that deterred from the person’s original intent.

« Defining the digital workplace in 2020