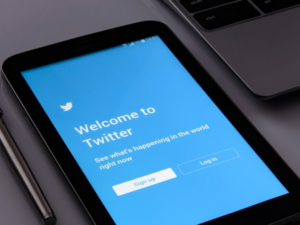 Twitter is experimenting with a new ‘hide replies’ feature. “Earlier this year we started testing a way to give people more control over the conversations they start. Today, we’re expanding this test to Japan and the United States,” says the social media giant in a statement published on Thursday, 19 September 2019.

According to The Verge writer, Zoe Schiffer, this move is Twitter’s way of ‘trying to win back its reputation as a platform for healthy conversations’.

Before now, users had only control over their own experience by muting certain keywords or blocking other users. However, the new feature aims to give users the power to change how others engage on the platform by hiding replies from everyone.

Essentially, the person who posted the original tweet gets to choose which replies are visible and which are hidden from other users. Comments deemed irrelevant or lacking value can be moved to a hidden replies menu. Already the social network says that there are positive and heartening results: the feature has helped people have better conversations and is a useful tool against replies that deterred from the person’s original intent.

“People mostly hide replies that they think are irrelevant, abusive or unintelligible. Those who used the tool thought it was a helpful way to control what they saw, similar to when keywords are muted,” says Twitter. “We saw that people were more likely to reconsider their interactions when their tweet was hidden.”

While the social network is finding the results very positive, Schiffer is worried that ‘the company is walking the line between free speech and civil discussions. Even though people can theoretically see hidden replies, it allows them to tailor online debates, hiding opposing viewpoints or corrections to misinformation’.

It looks as though Twitter is willing to take that risk though – in another post, the company says “Everyday, people start important conversations on Twitter, from #MeToo and #BlackLivesMatter to discussions around #NBAFinals or their favourite television shows. These conversations bring people together to debate, learn, and laugh. That said we know that distracting, irrelevant, and offensive replies can derail the discussions that people want to have”.

So it would seem that the success (or failure) of the ‘hide replies’ feature ultimately depends on how people use it. There has been no word yet on when users around the world will be able to incorporate it into their Twitter experience.