Last week, ITNA reported that Telkom has faced gloomy share-price performance on top of dwindling earnings in the last few months – leaving the South African network provider in big trouble. With very few options, it’s reported that the partially state-owned enterprise could be willing to cut up to 3,000 jobs – nearly 20% of its total workforce. 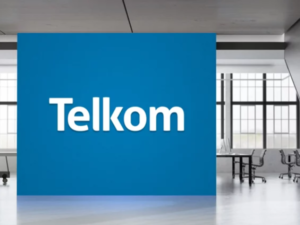 Today, Telkom announced that it is due to begin talks with Organised Labour, as part of a section 189 process, on Wednesday, 22 January 2020. According to a statement from the company, it says that they are scrambling to ensure stability and sustainability into the future as it contends with an increasingly tough operating environment.

A major challenge for the company is rapid changes in technology – and while Telkom has made the necessary investments in new technologies and revenue streams, particularly in the fast-growing mobile business, this has taken its toll on profitability. At the same time, Telkom has seen a sharp decline in fixed-voice and interconnection revenues across the group as customers shift towards new technologies, such as fibre to the home.

Further, Telkom has been competing in a duopolistic mobile market in which the two largest players have virtual control over voice and data prices. The group is optimistic that the Data Services Market Inquiry will yield firm regulatory action to stimulate competition in South Africa’s mobile market.

Telkom management seems to be confident that ongoing investments in the mobile business and other future growth areas will bear fruit into the future, but the reality is that certain other segments of the business are operating in declining market segments, including the fixed-voice business.

« Are you a retailer? 5 reasons you don’t want to miss this retail event WhatsApp welcomes Dark Mode on Android »