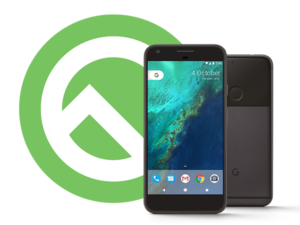 The lowdown on Android Q for all Pixel phones

Google officially launched its public beta for Android Q on March 13 after lots of leaks and rumours.

As with most software updates, there are small tweaks, changes and new features that might go unnoticed at first, but there will likely be more to come with the final release. This beta is only available for the Pixel, Pixel 2, and Pixel 3 devices right now.

Notifications themselves have been impacted. In Android Q, notifications can only be dismissed by swiping from left to right. Swiping in the other direction prompts you to snooze the notification or access notification controls.

Apps that make a noise during a notification can now be identified in the notifications panel where it will be accompanied by a small bell icon to let you know why it beeped.

Native screen recording is a new feature. It has to be enabled through developer options and allows you to record both the screen and voiceover. To turn on screen recording:

To launch the feature, hold the power button to pull up the menu, and long press the screenshot button. This brings up a button that says Start Recording.

There is a new QR code option in the Wi-Fi settings. You can tap on a saved Wi-Fi network and hit “Share” to open a QR code that you can show to others.

Users will have more control over location settings. Dave Burke, VP of Engineering for Android wrote in a Google blog post that Android Q enables users to give apps permission to see their location never, only when the app is in use (running), or all the time (when in the background).

A new feature in Android Q gives users the ability to change accent colours, headline and body font, and icons. The only accent colours right now are black, green, and purple. Blue is also available as the default system colour. Icons can also be changed between circle, teardrop, squircle, and rounded rectangle.

If you’re interested in trying this beta for yourself: