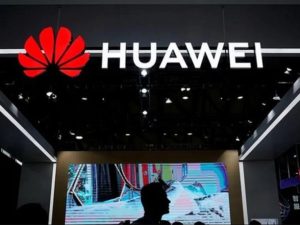 The impact of Google’s move for Africa’s Huawei customers.

Earlier last month the president of the United States of America issued an executive order that meant that US-based companies were restricted from doing business with Huawei unless they had a special licence, which then led to Google indefinitely suspending its business relationship with Chinese smartphone brand Huawei meaning the smartphone brand will no longer be able to offer new customers access to Google’s Android operating system while current customers will not be able to download future Android system updates.

But what does this really mean for African customers?

Michiel Huisamen, WASPA Board Member said, “Firstly, Huawei has been granted some reprieve in the form of a three-month Android license. Secondly, Huawei has been refining its own operating system for the past several years. Thirdly, Google has confirmed that all Huawei devices currently in use will still have access to Google Play which means continued app updates. Finally, Huawei could update all existing phones to the open source version of Android which is not impacted by the trade war between the US and China. Unfortunately, apps like Gmail, YouTube and Google Maps would then only be available via a web browser.”

WASPA further reveals that customers should rest assured that the company will continue to provide after-sales service on its handsets. Security and app updates will also continue to be pushed out to Huawei smartphones to at least 19 August 2019.

Commenting on the antitrust implications of Google’s ban on Huawei, Christian Peeters competition law partner at global law firm DW said,”Google’s ban on Huawei and the precedent it has set for other companies, is set to affect competition in Europe and European consumers much more than in the United States where Huawei has not managed to establish a position of more than a single-digit share on the market for mobile devices. By contrast, in Europe, Huawei is a serious contender accounting for around 20 per cent of the market. Any measure limiting Huawei’s ability to effectively compete in Europe threatens to result in a material reduction of the competitive constraint that other device manufacturers experience.”

He said, “While the existence of a competitive relationship is not required to establish a market power abuse, it is a relevant factor to be taken into account when the conduct in question is targeting a direct competitor – such as in the case of Google and Huawei who are both active in the manufacture of mobile devices and the development of mobile operating systems. Yet, the harm potentially resulting from the ban is not limited to the rather abstract concept of effective competition. Large numbers of European consumers might find themselves in a situation where the expensive smartphone they recently purchased loses key functionalities or cannot be kept up-to-date and safe to use.

“It will be interesting to see how the European Commission translates this, considering that they have already shown a keen interest in investigating concerns about alleged abuse of market power,” said Peeters.

In a statement to the media, Huawei said it has made substantial contributions to the development and growth of Android around the world. As one of Android’s key global partners, we have worked closely with their open-source platform to develop an ecosystem that has benefitted both users and the industry.

Huawei will continue to provide security updates and after-sales services to all existing Huawei and Honor smartphone and tablet products, covering those that have been sold and that are still in stock globally.

“We will continue to build a safe and sustainable software ecosystem, in order to provide the best experience for all users globally.”