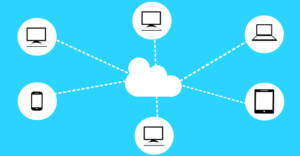 Cloud computing relies on shared computing resources rather than having local servers or personal devices to handle applications.

When it comes to cloud computing, public cloud offerings are not always optimal for your business. A private cloud solution can offer the same scalability and agility as a public cloud deployment, with its own additional benefits.

This is according to Marcel Fouché, networking and storage general manager at value-added distributor Networks Unlimited Africa.

He clarifies, “Cloud computing relies on shared computing resources rather than having local servers or personal devices to handle applications. Storage, applications and other services are accessed via the internet, and paid for by the cloud customer using an as-needed or pay-per-use business model. Private clouds are maintained by individual enterprises, while public cloud is managed and hosted by third parties.”

Tintri by DDN, which provides products and solutions designed for enterprise cloud, virtual machines and containers through Networks Unlimited Africa throughout southern Africa, says the flexibility and availability of public cloud offerings present a way to offload simple IT functions and reduce infrastructure costs1. At the same time, however, the hidden per-unit costs can affect the infrastructure benefits of the public cloud. In contrast, an efficiently designed private cloud infrastructure can offer the agility of the public cloud, but with greater control of cost and performance.

Fouché outlines, “In the public versus private cloud debate, decision-makers need to consider factors such as costs, the skills-set of their in-house IT team, security, and data control. There are obviously also those who advocate a hybrid cloud solution. Each possibility brings its own advantages and so should arguably be looked at on a case-by-case basis.”

Because public cloud is an open computing environment where people anywhere in the world can buy – or even have free access to – a small portion of storage on the cloud, it is most commonly associated with consumer use for personal documents and photos. Public cloud offerings also offer paid-for services, storage or applications for business use.

“Here,” says Fouché, “the commercial end-user does not have to download an application or software, or connect via a server, but instead connects to the offering via the internet. The advantages, as well as the ease of use offered by the internet-based application, include affordability via pay-as-you-use models, scalability depending on changing needs, and speed4, as well as the capacity of using data analytics and machine learning. However, private cloud is able to address security and governance and compliance issues, and providers like Tintri by DDN can also offer private cloud environments with the same scalability and agility as that of public cloud offerings.”

Operating a private cloud based on Tintri storage systems can avoid many of the costs of a public cloud, while providing many of the benefits. The Tintri enterprise cloud platform makes it simple to operate apps in your private cloud through automation, autonomous operation, self-service capabilities, and advanced analytics.