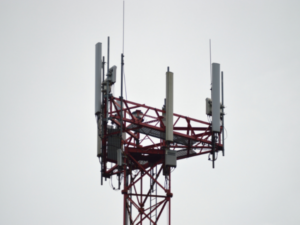 On Monday, 1 July 2019, Telkom confirmed that it has made the move to switch roaming from MTN to Vodacom. This comes after the network provider announced last year that it would not be renewing its contract with MTN.

According to TechCentral, customers will be able to access the Vodacom network automatically thanks to Telkom. This will happen when the customer moves into an area with ‘weak or no Telkom coverage’. The handover between the networks is said to be seamless and instantaneous, helping to minimise dropped calls and poor data connections.

Previously, Telkom customers would need to manually switch from the Telkom to MTN network in order to maintain signal. This resulted in many customers choosing to roam on MTN’s network all the time, despite not having access to 4G.

Telkom’s Chief Technology and Information Officer, Beauty Apleni, says, “we needed to fix this. As part of us fixing this and improving the service to our customers, technology allowed us to [find a] new way of roaming.”

Now, thanks to the new collaboration between Telkom and Vodacom, customers will no longer need to worry about dropping calls, losing signal or having to force switch networks.

“The device will stay on the Telkom or the Vodacom roaming signal on the basis of the strongest signal at the time, thus improving customer experience,” says a spokesperson for Vodacom.

“We have configuration settings we have put down. So, when you reach certain quality service levels on the network, then instead of dropping a call or a session, the network will move customers over to Vodacom,” adds Apleni.

“If the (Telkom) signal is strong enough for you to be able to transact, it will stay on Telkom. But if the signal is weak and you start getting dropped packets as you transact, then we’ll move you over because we don’t want you to lose the session.”