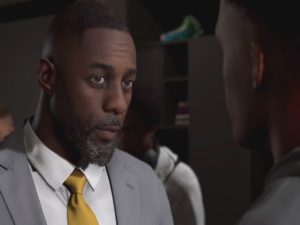 “The story of ‘When The Lights Are Brightest’ in NBA 2K20 reflects the story of today’s modern athletes. From dealing with the pressures of fame, demands on and off the court, and outside influences, athletes face a tremendous amount of obstacles. SpringHill Entertainment exists to tell compelling stories and in this case, we were able to draw on our own experiences with LeBron and other athletes to create a narrative that’s authentic and a bit of a peek behind the curtain. Fans of NBA 2K20 are going to be amazed at the level of detail we were able to get to in this film,” said Maverick Carter, CEO of SpringHill Entertainment and athlete empowerment company UNINTERRUPTED.

NBA 2K20’s story mode will follow the story of an NBA prospect named Che who is on a mission for success both on and off the basketball court. The story will deal with the importance of mentors, dealing with off-court pressures and current social issues. According to 2K, “The path to stardom is firmly in the gamers’ hands.” The narrative was directed by Sheldon Candis and features a ‘star-studded’ cast such as Idris Elba, Rosario Dawson and current and past NBA Superstars.

“An entire film made entirely of video game scenes has never been done in this way before. We decided to partner with SpringHill Entertainment because as an athlete-led production company, they authentically understand basketball culture and created a totally unique cinematic experience that encapsulates the reality facing the game’s next prospects. What we were able to accomplish in this year’s MyCAREER mode is an example of what’s ‘NEXT’ in moviemaking and in gaming,” said Alfie Brody, Vice President of Global Marketing at NBA 2K.

The full-length version of “When The Lights Are Brightest” will be available for all players when NBA 2K20 launches on 6 September 2019.