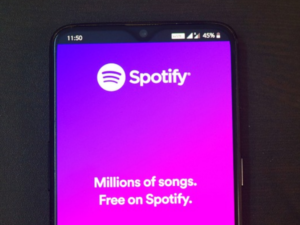 Music streaming service, Spotify, released its 2019 Q2 financial performance report on Wednesday, 31 July 2019. The report shows that, between April to end of June 2019, the platform increased its Monthly Active users Year on Year (YoY) by 29 per cent to reach 232 million and over 108 million users subscribed to its premium streaming service.

While this sounds like great news — the company is averaging YoY growth of 30 per cent — Spotify’s shares dropped as much as 5.1 per cent after the results were released. This, according to TechCentral, is because ‘the music streaming company reported slightly slower subscriber growth than investors had hoped’.

Spotify initially aimed to subscribe 8.5 million users, however, it only managed to attract over 8 million – thereby missing the intended number of revenue per user. “We missed on subscribers… That’s on us,” says Spotify CEO, Daniel Ek. “The shortfall was related to execution but we plan to make up the lost ground by year-end”.

“This company is owned for subscriber beats and while management is likely to sound positive, the subscriber miss is unlikely to be forgiven,” says Lynx Equity Strategies analyst, Jahanara Nissar.

Barry McCarthy, Spotify’s chief financial officer, says, “there could have been a baked-in whisper number we don’t know about. There are times when investors are looking south instead of north and miss the forest through the trees”.

McCarthy’s statement comes after the company announced it has signed an agreement with two major recording labels — although it hasn’t identified which ones yet — with regards to licensing. It has also just amped up its podcast offering with the acquisition of Gimlet Media and Anchor and Parcast — noting that its ‘podcast audience is up 50 per cent since the last quarter’.

The future of Spotify may greatly depend on meeting investors expectations in the next quarter — we’re watching with bated breath to see if the platform continues to grow.

« Mercer South Africa appoints new CEO What is domain authority and why does it matter? »