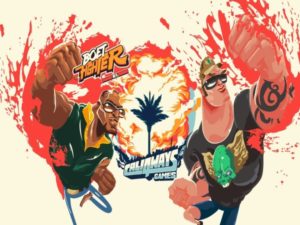 Cali4ways Games, a South African video game development company, announced the grand opening of their “Real Life Permanent” studio in Johannesburg on 27 June 2019. The studio is currently working on their first game Boet Fighter. The game does not yet have a release date and will be available on PC through steam and on the Apple Store and Google Play Store.

According to a statement from Cali4ways, game studio comprises “talent that jumped ship from other volatile creative industries – Steve the “Entrepreneur”, Louis “CEO & Creative delusional visionary”, Nick “He who never sleeps”, Sibusiso “Skynet” and some “Suits” with calculators and serious deadlines have banded together on an epic quest in order to make [really] awesome games and achieve their hedonistic aspirations of becoming successful accountants with holiday homes in the Eastern Cape. We were also told making games is cool.”

The studio is currently working on their first game Boet Fighter, a side-scrolling beat-em-up. According to the developers, players will take on the role of protagonist Hard Eddy, voiced by Gord Laws, and Modise “Mod C” Cele, the co-op character, voiced by Tshireletso Mo Mothebe. Players will fight their way through unique enemies in a fictional Johannesburg in order to discover what happened to a girl that Hard Eddy met. The game, according to the developers, is a mature title and will feature jokes based on stereotypes and mature content. The game, however, is not meant to offend anyone, but rather to entertain. The game, according to the developers, started off as a joke but quickly went viral. Boet Fighter is said to be as South African as possible.