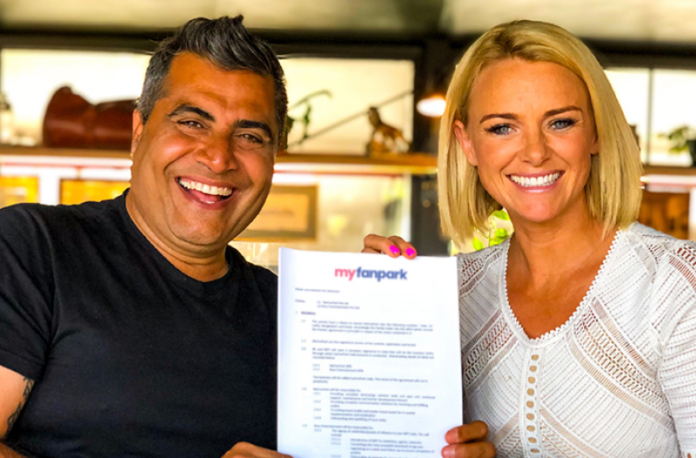 Since launching in South Africa in October 2019, myFanPark has been connecting heroes – ranging from TV personalities, movie stars and musicians, to sporting greats, DJs, comedians and social influencers – with their fans through personalised, video-recorded messages.

Now, fans in Germany, Switzerland and Austria are connecting with their favourite celebrities through the platform and soon, fans in India and West Africa will get to do so too.

Not only was myFanPark the first of its kind in South Africa, but it was also named as one of the top five most exciting startups in the country by Heavy Chef.

To date, traffic to the South African website has grown by 492%, orders have increased by 959% and the number of celebs who have signed up has by 172%, bringing the amount of South African celebrities on the platform to over 300. In addition, myFanPark has experienced an upsurge of 283% in revenue during the current crisis.

In May, Blazey Pacak, MD of myFanPark Germany, Austria, and Switzerland (DACH), together with leading German communications agency, brands and emotions GmbH, launched the platform in Europe.

In the coming months, myFanPark will be expanding into India, thanks to a major deal struck with one of the country’s most prominent players in the local entertainment and music industry, Shailendra Singh.

myFanPark plans to launch in five more markets over the next six months. “It is a privilege to be able to provide more and more people with a platform to connect with those they most admire in an authentic way,” says Joy Des Fountain, Co-founder and CEO of myFanPark.