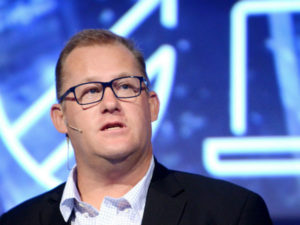 Companies across the globe are scrambling to understand and implement the benefits of modern digital technologies.

These technologies are not nice-to-have but fundamentally challenge and alter how companies operate. From employees being able to work anywhere to robust and fast reporting, the world is only beginning to grasp the value of new digital business technologies.

One would think that the most prolific adopters would be in the developed world. But the latest Dell Technologies Digital Transformation (DT) Index shows the inverse is true. When ranked by their digital maturity, companies from developing markets are leading the pack.

Indian businesses head the adoption curve, followed closely by Brazil and Thailand. South Africa ranks 9th out of 41 countries with a maturity score of 50 – not far from India’s 58. The US, the only developed nation in the top 10, is ranked 6th with a score of 52. Australia is ranked 13th, China 16th and the UK 19th. Countries such as Japan, South Korea and Singapore – often seen as technology leaders – sit at the bottom end of the index.

“It’s very good to see South Africa rank so highly, but not that much of a surprise,” said Doug Woolley, GM of Dell EMC South Africa. “Local businesses are careful and even conservative, but they are also interested in efficiency and progress. A few years ago many were still holding back, but that has been changing fast. They are looking for efficiencies and to become more nimble. I also believe there’s a greater sense of urgency and clarity in developing markets such as ours. The market environment has been tough and that’s sharpening senses. There’s real value in new generation business technologies and investments in them are paying off.”

Beyond increasing business speeds, these investments are providing very powerful means to generate business intelligence out of data. Trailblazing technologies such as telematics, artificial intelligence and robotic process automation are all results of those investments. So is the ability to access business systems on a phone or laptop hundreds of kilometres away.

But most countries are not evolving fast enough. Dell Technologies, in collaboration with Intel and Vanson Bourne, surveyed 4,600 business leaders (director to C-suite) from mid- to large-sized companies across the globe to score their organizations’ transformation efforts.

The study revealed that developed markets are slipping behind: Japan, Denmark and France received the lowest digital maturity scores. What’s more, emerging markets are more confident in their ability to “disrupt rather than be disrupted” (53%), compared to just 40% in developed nations.

The DT Index II builds on the first ever DT Index launched in 2016. The two-year comparison highlights that progress has been slow, with organisations struggling to keep up with the blistering pace of change. While the percentage of Digital Adopters has increased, there’s been no progress at the top. Almost four in 10 (39%) businesses are still spread across the two least digitally mature groups on the benchmark (Digital Laggards and Digital Followers).

“In the near future, every organisation will need to be a digital organization, but our research indicates that the majority still have a long way to go,” says Michael Dell, chairman and CEO of Dell Technologies. “Organisations need to modernize their technology to participate in the unprecedented opportunity of digital transformation. The time to act is now.”