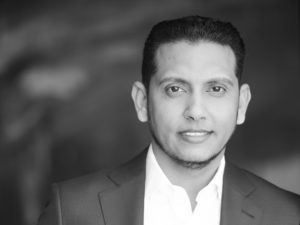 According to Reshaad Sha, CEO of Liquid Telecom South Africa: “Having the opportunity to start connecting the least connected province in South Africa is an honour for us. For the first time Liquid Telecom will be contributing directly to enhanced service delivery in the Eastern Cape Province. The high-speed network services that we will deliver as part of this project will be a key enabler in the delivery of e-education; e-health and a plethora of e-government services through the facilities that will now be connected.”

“The provision of broadband connectivity is key to the modernisation of government in order to ensure improved service delivery to our citizens. This connectivity will serve as a key enabler for the Eastern Cape Government and will ensure that a sound foundation exists which can be leveraged for its’ Digital Transformation Journey as well ensure that South Africa is able to benefit from the opportunities presented by the Fourth Industrial Revolution. The partnership between SITA, Liquid Telecom and the Eastern Cape Provincial Government also aims to demonstrate that it is possible to deploy pervasive high-speed broadband in a rural province so as to ensure that the objectives of SA Connect are met” says Ntutule Tshenye, the Acting CEO of SITA.

Liquid Telecom’s partnership with SITA and the Eastern Cape Provincial Government will enable network expansion to take place which, under normal circumstances, would not have been commercially feasible. With the ECPG as an anchor customer, high-speed broadband services can now be delivered to the ECPG designated points of access and presence. The partnership with SITA and ECPG will connect 2,700 government facilities initially with 100 Mbps and increasing in the majority of these sites to 1 Gbps over the contracted period.