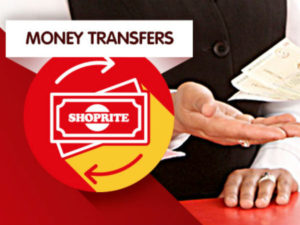 The Shoprite cross-border money remittance product reached the R1 billion mark in January, roughly 70 million USD, after just three years of it being implemented between SA and Lesotho. The cost of a transfer of R900 is 2%, which is one of the cheapest cross-border products in the world.

A remittance is when a person sends money, usually small amounts, across a border to friends and family living in another country. The three major remittance corridors for cross-border remittances from South Africa are Zimbabwe, Mozambique and Lesotho.

The Shoprite offering is a cash to cash offering, with the money being sent from any Shoprite Money Market counter in South Africa and collected at any Shoprite in Lesotho. These transfers are economically significant to the countries that receive them. For Lesotho, remittances play a critical role in supporting the families of migrants back home.

Approximately 70% of recipients are women, who have been given a safe and affordable way to receive money transferred from relatives working in South Africa. “Before Shoprite came, I used to receive money through a bank. I had an account there. But I changed because the bank was too expensive. We were sharing the money with them.” said a woman in the Shoprite queue in Lesotho. By sharing she meant the bank charges were comparatively high.

FinMark Trust estimates that the Shoprite Lesotho remittance product has saved Basotho people approximately R80 million in transfer fees over the three year period. These significant savings can now be used for education, health, consumption and Small Medium and Micro-sized Enterprises (SMME) activity in Lesotho. Given the success of the remittance product to Lesotho, FinMark Trust is currently working on replicating it in the Zimbabwe, Malawi, Mozambique and Eswatini corridors.

FinMark Trust partnered with Shoprite, the Ministry of Finance Lesotho, the Central Bank of Lesotho (CBL) and the South African Reserve Bank (SARB) to make this possible. FinMark Trust’s project is funded by DFID (Department for International Development).