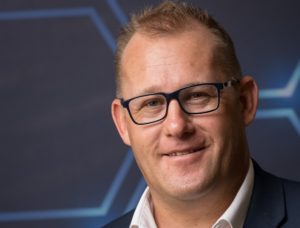 Ten years ago, business technologies had saturated to breaking point. The potential they offered were diminished by their deployment and maintenance costs. Then virtualisation, cloud and peer technologies emerged to offer new capacities and optimisation. Companies were able to vastly simplify their technology stacks, as is evident by even large enterprises moving wholesale to service-centric models where you own less and get more.

But that pendulum was bound to change direction eventually. The arrival of the cloud world didn’t just provide efficiencies. It introduced radical new ways of creating applications and deploying services. The initial gains in terms of efficiency were just the start – once the cloud engine started firing on more cylinders, its true potential came to light. Artificial intelligence, real-time data, IoT infrastructure and other cutting edge services became widely feasible and affordable.

The modern technology era is powerful because of its modularity, but this creates a new type of complexity headache. Several reports have highlighted concerns among modern CIOs that complexity is getting out of hand again. One study found that a single web transaction used to interact with around 22 technology systems a few years ago, whereas today the number is more than 35. That’s a 59 per cent increase in complexity.

“Managing multi-cloud environments is a growing challenge for organisations,” said Doug Woolley, GM of Dell Technologies South Africa. “Today’s organisation is spoilt for choice. It can juggle hyperscale environments, co-location arrangements, private clouds, application containers and straight service pipes. These create the best combination of technologies that enable its desires. But the simple beauty of grabbing an iPad for a performance dashboard belies the agile and complex relationships making that happen behind the scenes.”

It’s a challenge that Dell Technologies spotted a while ago. Refusing to accept a blue-skies view of cloud, it has been pursuing means of managing cloud environments for several years. The complexity was bound to return. If it isn’t contained and disciplined, then the promise of cloud would soon devolve into the familiar muck everyone’s trying to break free from.

The market has been reaching this conclusion as well. A recent VMWare survey found that 83 per cent of cloud adopters are seeking consistent infrastructure and operations from the data centre to the cloud. In other words, they want as seamless an experience as possible between the various moving parts of their technology investments.

“Digital maturity isn’t a single curve,” Woolley explained. “It’s more like a radar chart, with different indicators spreading outwards to complete the picture. The ability to curtail multi-cloud complexity is increasingly a dominant indicator of digital proficiency. But the means to create that control will depend heavily on the partner of choice.”

Reining in cloud isn’t just about a nice management suite. It has to cover a powerful integration of hardware, software, services and consumption options. It also can’t exist to try and cap your cloud capabilities for the sake of stability. Cloud management has to remain dynamic to allow for the agility, accelerated innovation, improved economics and reduced risk that are the promises of the cloud era.

This requires a multidisciplinary approach that no single vendor can comprehensively provide. It needs a stable of different capabilities, such as virtualisation, infrastructure management and mature business thinking. When a company wants to avoid or untangle the new complexities wrought by cloud, the solutions don’t lie in services but how rich the partner landscape is that provides the management services. Woolley considers this one of the most pressing emerging demands for enterprises today:

“Background complexity can diminish returns very quickly and erode digitisation gains. This is the technology conversation of the year and foreseeable future, so let’s start talking.”

Cloud management will be a central theme at the upcoming Dell Technologies Forum, a free one-day event to be held on 27th June 2019 at the Sandton Convention Centre. Presentations and stands will be joined by Dell Technologies’ employees and partners, all ready to discuss the challenges and opportunities emanating from multi-cloud environments.

« The battle for campus connectivity – what can we learn from smart cities? Siemens to acquire ESTEQ to accelerate digitalization for customers in Southern Africa »