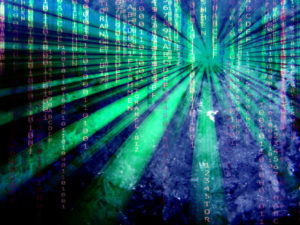 The African SAP User Group’s (AFSUG) biennial conference for SAP users is around the corner, running on 10 and 11 June 2019 at Sun City, and there is still much to share with delegates wanting to attend.

As users have come to expect, the team behind Saphila 2019 has worked tirelessly to place the event into the calendars of businesses using or deploying SAP systems as part of their day-to-day. Once again, quality content from respected speakers is an assurance, with seminar slots featuring a number of industry thought leaders.

So says Reg Barry, AFSUG co-chair, who adds that there will be a particularly intense focus on the migration to S/4HANA this year, due to the long term impact this release will have.

“Gartner recently released updated best practices to help organisations decide if, when and how they should be planning to adopt S/4HANA, and it did this because it recognises that all existing SAP Business Suite users will need to analyse the impact of S/4HANA on their ERP strategies and investments, if they aren’t doing this already,” says Barry.

“Gartner’s strong advice is to move forward with analyses now; it anticipates a tsunami of S/4HANA adoption over the next four years, which could drive up the implementation costs as skilled resources become more rare.”

Saphila’s Stream 7, ‘Join the S/4HANA Movement’, is the place to be for all businesses looking to effectively prepare themselves for a migration to S/4HANA. Here, presenters will talk about the solution, its impact today and in the near future, and steps organisations should be taking to ensure they are ahead of the curve.

Reinforcing its focus on assisting SAP users, Saphila has incorporated a focused workshop on day two of the event, which will be hosted by Dr Marcus-Alexander Funke, director: SAP S/4 Move at SAP SE. He says digital transformation is on everyone’s agenda and SAP is committed to providing clear guidance and support for the customer design of the journey.

“The S/4HANA Adoption Starter program is aimed at all SAP ERP customers starting to think about their transition to S/4HANA and will be the focus of our workshop this year,” says Barry. “With only 40 available seats, it is a must-attend for businesses who are at the start of this journey, as the session aims to guide ERP customers through the use of selected SAP tools when developing their roadmap to S/4HANA.”

Many public and private sector companies will be talking to their own S/4HANA journeys, including Eskom, Distell and SAPPI.

Koosh Panday, business development manager: Business Systems at SAPPI, will be owning the “Demystifying SAP S/4HANA: a SAPPI sidecar story” topic, providing detail behind SAPPI’s shift from ECC to Business Suite S/4HANA, including the dips and troughs each team needed to go through to achieve success.

Estelle de Beer and Peter de Waal from SAP Africa will join forces for their seminar, which will invite attendees to join the S/4HANA movement with a simulation game that measures the impact of running a business with access to real-time information and analytics for making business decisions, and the solutions that support the process.

Lastly, hidden gems from Distell and Deloitte are also going to be revealed, discussed and debated on this stream.

“It may have been a few years since the release of SAP S/4HANA and there may still be business decision makers who are tempted to ignore it but we, along with Gartner, believe this may be the wrong approach,” says Barry. “We invite these business leaders to join us on Stream 7 and give us their best reasons to delay; our speakers are ready for a challenge.”