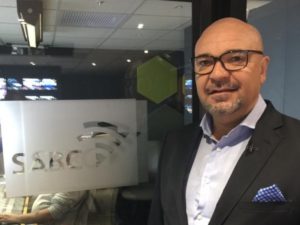 “My decision to leave the SABC is one of the most difficult decisions I have had to make, due to my good working relationships at the Corporation. The Group Chief Executive Officer, Mr Madoda Mxakwe, and the Chief Financial Officer, Ms Yolande van Biljon, have made my decision to leave a particularly hard one. As Executive Directors, they have demonstrated a serious commitment to people, improving SABC processes, driving customer relations and making the SABC financially sustainable. Moreover, having been involved in crafting the SABC’s turnaround plan, I am confident that the SABC will overcome its challenges in the short term and become successful in the long term,” Dr van Rooyen commented on the difficulty of this decision.

“Dr Van Rooyen has played a meaningful role in developing the digital strategy of the SABC, including preparing the SABC for digital migration and becoming a multiplatform, multichannel player. In the last three months, Dr Van Rooyen was also acting as the
Corporation’s COO. He has modelled the way for future COOs by demonstrating ethical leadership, technical expertise and business acumen. The Board is very sad to see him go but wishes him well on his future endeavours,” said Mr Bongumusa Makathini, SABC Board Chairperson, in a press statement.

The SABC has said that it will conduct interviews with potential candidates for the COO role this week and will advertise for a new Group Executive: Technology soon.