A new Volkswagen Golf is ordered every 41 seconds, according to the German car manufacturer. This figure looks set to rise in South Africa over the coming months, as VW has just announced that the Golf 8 is set to launch in South Africa in 2020, with some impressive technology inside and out. But just how will this technology beat VW’s nearest rivals? 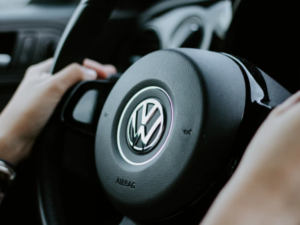 Speaking at the start of October, CEO Herbert Diess revealed that the Golf 8 will be fully connected 24/7. This means that the vehicle will rely on state-of-the-art technology to make the driver’s journey a more interesting and enjoyable one. Owners of the VW Golf 8 will be treated to fuel-saving technology, autonomous driving tech, safety assistance systems, and online services. Speaking about the upcoming launch of the Golf 8, VW’s small car boss, Karlheinz Hell, stated that “it will have more software on board than ever before. It will always be online and its digital cockpit and assistance systems will be the benchmark in terms of connectivity and safety.”

If being packed full of digital features wasn’t enough, the Golf 8 will also use mild-hybrid technology. “Mild-hybrid systems will play a major role in the next generation of Golf; that will be the first application,” Diess confirmed. This technology is particularly impressive as it feeds energy gained while braking to the battery for later use, reduces the car’s emissions, and can even save fuel. Despite mild-hybrid technology being a relatively new type of technology in the auto industry, certain models of Audi, Suzuki and Mercedes have it installed. So, if a Golf isn’t one of the cars on the market that you’d typically consider, there are others that have good reviews from both experts and consumers, which also use this technology.

The Golf 8 will go on sale across Europe at the end of 2019. Sadly, drivers in South Africa won’t be able to purchase one until well into 2020. Although no official explanation for the delay has been announced, the autonomous technology in the Golf 8 may be part of the reason. There is currently no law that permits autonomous vehicles on South Africa’s roads, although the minister of transport has identified the need for this to be reviewed. As such, the delay in the Golf 8 launch provides ample time for this to go ahead.

VW’s new Golf 8 will be packed full of all the latest technology and promises to become a fast-seller among motorists. However, drivers in South Africa will have to wait a while to get their hands on one, as an unexpected delay has slowed its landing here by up to a year.

« South Africa gears up for the Huawei nova 5T In a South African first, FNB opens up banking app to all »