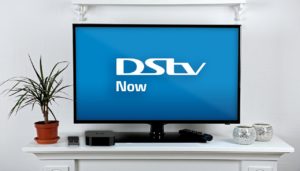 “It’s fair to assume that the load during the Final was the largest ever seen in Africa, with three times more peak concurrent viewers than in the first game and double the number who watched the 2018 football World Cup Finals,” says Niclas Ekdahl, CEO of Connected Video at MultiChoice.

“Over the day, we served more than half a million unique users.”

The data carried by content delivery network partners during the Final peaked at more than 500 Gbps (more than 4 000 GB of data per minute), another record for DStv Now in Africa.

“Live events are the single biggest challenge a streaming service like DStv Now can face, as the huge number of concurrent users not only puts our systems under unprecedented load, it also strains the systems of the companies downstream from our servers who deliver the stream to customers,” continues Ekdahl.

The number of active DStv Now users is four times higher than just two years ago, and there’s no sign of growth slowing. The number of hours streamed in a single day on the service now regularly tops one million, which is more than 100 years’ worth of viewing for a single person.

In the opening game, DStv Now had challenges with some viewers missing out during the first half –  talking about what the company changed to see the turnaround in performance between the first and last games of the Rugby World Cup, Ekdahl says:

“We were disappointed at the problems we experienced early in the tournament. We’d of course done load testing and provisioned plenty of capacity, but we didn’t anticipate how congestion in one specific system could cascade into others.”

“I’m proud of the work our engineering team has done to learn from that mistake, to rework systems architecture, and also work with partners who deliver the stream to customers to sort out bottlenecks affecting image quality. Our customers rightly expect systems to work, and in the face of record-breaking demand during the Final, DStv Now delivered the goods.”

« US – China trade deal shaping up for Huawei