Playfre, which launched on 1 May 2019, is set to expand its reach across Africa. The music streaming platform will now be available in the following 13 African countries: Tanzania, Uganda, Zambia, Angola, Zimbabwe, Botswana, Côte d’Ivoire, Cameroon, Liberia, Mauritius, Malawi, Eswatini, and Tunisia. 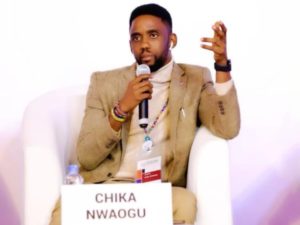 “We are gradually expanding to countries where there are demands for a service like Playfre. We intend to serve the African continent for now before expanding to include countries outside the continent,” says Playfre co-founder and CEO, Chika Nwaogu.

With a library of over 50 million songs and 2 million artists, Playfre is currently the largest African music streaming service in terms of catalogue size. It has grown steadily in the past few months; averaging around 250 streams per registered user.

According to Nwaogu, music isn’t limited only to the just over 5,000 registered users on the platform – it’s freely available to anyone who downloads the app. However, he does note that Playfre is looking to restrict music streaming in a bid to increase to the number of registered users in the future.

“Spotify and many other big music streaming platforms have not yet opened their doors to most African countries because of the weak intellectual property laws in these parts of the world, thus making these awesome apps unavailable to the African demographic. Those who have opened their doors to us, still charge monthly to stream unlimited music,” says Nwaogu.

“We have been developing what will become Africa’s first real answer to Spotify. We at Playfre are trying to bring the over 50 million songs on Spotify to you at no charge, with the same Spotify experience and guess what? We did it.”

Playfre is available for download on Android smartphones from the Google Play Store.

« IT Eager to Adopt AI, according to Cisco survey