West Africa-based pay-as-you-go (PAYG) solar company, PEG Africa announced on Friday, 8 November 2019, that it has moved into Mali – leveraging its successful expansion playbook on the back of a profitable first year in Senegal. 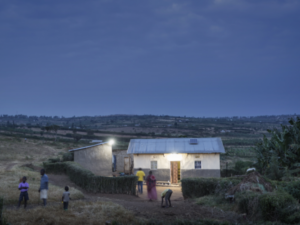 West African PAYG solar firm PEG Africa, fresh from a host of recent fundraising achievements, has expanded into Mali, its fourth market on the continent.

PEG Africa provides households and SMEs in West Africa with solar energy solutions. Via its PAYG financing model, it enables customers to replace their perpetual spending on poor-quality polluting fuels such as kerosene and diesel with solar energy.

The company, which is currently serving over 450,000 daily users in Ghana, Cote d’Ivoire and Senegal, has raised $30 million in funding over the last year, including a $25 million Series C round announced in January, and has now made Mali its fourth market of operations. It has also recently expanded into solar water irrigation and bigger solar power systems – seeing big opportunities for all three of its business lines in Mali, a country of more than 18 million people that has a rural electrification rate of just 20 per cent.

PEG Africa CEO Hugh Whalan says he anticipates that PEG will now be able to open markets every 12-18 months, with plans to launch in a fifth African country set early 2021.

“PEG has shown significantly improved results in each new market. Our expansion playbook took Senegal to profitability within 12 months, and now we have the learnings from Senegal to add to our approach,” adds Whalan.

“What we have spent a lot of time on is building the capacity and the knowledge to open markets profitably, trying to ensure we don’t make the same mistakes twice and understanding what gives us a better chance of success. This has meant that each market, despite having its own challenges and issues, has gotten a little easier.”