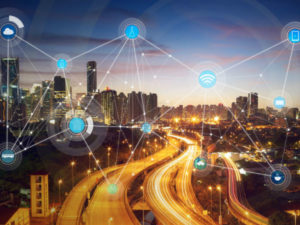 Siemens has launched Atlas of Digitalization to measure readiness and potential for City 4.0

Siemens has launched a new web-based application which reveals the readiness and potential of six major cities to embrace digitalization and develop new ways of living, working and interacting. The Atlas of Digitalization focuses on 3 interconnected themes – Mobility, Sustainability and Opportunity – and assesses how the fourth industrial revolution has already augmented urban life around the world, and the potential impact it could have in the future.

Data from 21 indicators has been analyzed in Dubai, Los Angeles, London, Buenos Aires, Taipei and Johannesburg to produce a Digital Readiness Score, considering areas such as smart electricity and transport systems, internet connections and digital governance services. The score reveals the current level of maturity of each city’s digital infrastructure, and its preparedness for a connected future.

“Each city must address its own unique mix of challenges and opportunities by combining the physical and digital worlds; we believe embracing digitalization is the key to sustainable, livable future cities,” said Sabine Dall’Omo, Siemens CEO for Southern and Eastern Africa. “The Atlas of Digitalization gives us an all-important understanding of the current status of digitalization in key cities, and we hope it will inspire new ways of thinking to realize the full global potential of City 4.0. With intelligently applied technology and data analytics, we aim to shape the smart cities of tomorrow.”

The analysis also considers areas such as innovation, greenhouse gas emissions and time spent in traffic to give the cities a Digital Potential Score, indicating where there is opportunity to grow digital capabilities to transform society and economy. Together, the Readiness and Potential scores illustrate the different capacities each city already has, and where they can develop to effect change and growth.

While each city is unique, they all share one characteristic – their ingenuity in using digital technologies to make infrastructure more efficient and productive, and to address challenges such as air pollution, congestion, population growth and natural hazards.

With the integration of data gathered and analyzed by the Internet of Things, a city’s underlying infrastructure can be monitored, managed and improved; a transformation referred to as City 4.0.

Johannesburg’s low digitalization readiness score of 2/10 indicates that there is room for improvement, even though programs like smart metering are already in place. The digitalization potential score of 6/10 reveals that digitalization within Mobility and Sustainability could have a significant impact on Johannesburg. The city is investing heavily to increase overall public transport capacity and has begun the process of including renewables in the energy mix, this could impact the environment and jobs positively.

“Although our progress is lagging compared to our European counterparts for example, we’re still making great strides towards becoming a digitally inclined city. Our Siemens FABRIC initiative is the perfect example of how data can be used to identify the needs of a city and ensure smart decision-making to advance it and make it more efficient for a growing population. For us to succeed as a city in this age of digitalization we need to embrace the possibilities and changes that it brings. Siemens is ready to contribute to the advancements of this city,” said Sabine Dall’Omo.

Data from the 21 indicators has been mapped across three themes: Sustainability, Mobility and Opportunity, creating unique visualization of each city’s digitalization landscape. Visitors to the Atlas of Digitalization can interact with each city and explore its data, taking an in-depth look into how each is addressing its own challenges and opportunities, and how it will impact work and life in future cities.