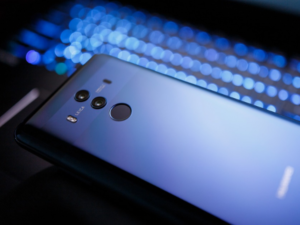 Recap — on 16 May 2019, the Trump administration announced a ban restricting Huawei from doing business with any U.S company — meaning the Chinese smartphone manufacturer could no longer receive Android updates or purchase chipsets. The ban comes after the American government claimed Huawei’s advanced devices and technology are a ‘threat to national security’.

Huawei CEO and founder, Ren Zhengfei clapped back in an interview with Yahoo finance, he says, “If U.S companies were to stop supplying us altogether, our production would not stop for a single day in the future. Rather, we would ramp up production. There’s no lethal risk that threatens Huawei’s survival at all”.

And HarmonyOS seems to be one way in which the company is ramping up production. According to Richard Yu, CEO of Huawei’s consumer business group, the OS will ditch smartphones for the time being and instead find its way into everything from cars and watches to PCs by 2020.

“Because we support Google’s Android ecosystem, we will prioritise Android for smartphones. If we can’t use Android, we can install HarmonyOS quickly,” Yu said at the Huawei’s developer’s conference.

Yu noted that while ‘our HarmonyOS is more powerful and secure than Android, has a greater distributed capability and is future-facing’, it is simply not ready for consumers right now.