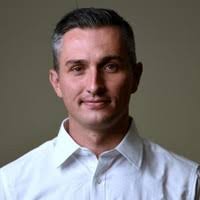 Stefan van de Giessen, General Manager: Cybersecurity at Networks Unlimited Africa, says, “We are very excited to bring this new product on board with the security division. Through our partnership with Indegy, we provide security for applications and systems in the industrial internet of things (IIoT), operational technology (OT), industrial control systems (ICS) and critical infrastructure arenas.”

OT is the use of information technology to control physical processes, devices and infrastructure, and has operational and management uses in public infrastructure, transportation, energy, urban planning, industries and manufacturing. Critical infrastructure is a term used by governments to describe assets that are essential for the functioning of a society and its economy. An industrial control system is unique in the interaction that it has with physical processes.

Van de Giessen clarifies, “The combination of IIoT connectivity offered across production and supply lines, and the way in which OT is automating the modern world, interfacing through electro-mechanical devices and sensors, is opening up new vulnerabilities and thus making cybersecurity for industrial infrastructure a critical business imperative.

“The potential penetration of OT systems by hackers puts critical infrastructure such as water and energy supplies, transport networks and production lines at the risk of being disrupted or even shut down. The main challenge in ensuring cybersecurity for industrial systems is therefore the ability to maintain uninterrupted industrial processes.”

Showing its diversity across industries, Indegy’s customers globally include the following:

The suite of capabilities ties together in an out-of-the-box deployment, resulting in the delivery of alerts, automated reports and third party integration with an organisation’s existing tools.

Van de Giessen notes, “The boundaries between IT and OT are blurring. We know that although the 2017 WannaCry ransomware and NotPetya malware attacks – which crippled many organisations in Europe and the US in the space of two months – did not specifically target industrial networks, they did reach them. The incidents raised the profile of how malware can move to ICS environments, and made the world aware that if threat actors wanted to launch a ransomware attack on industrial networks, they clearly could.

“After jumping from one computer to others and then racing across the globe, the NotPetya worm damaged far more systems and networks than its original Ukrainian targets, for example, crippling hospitals in Pennsylvania, US; halting TNT Express in Europe, and freezing global shipping giant Maersk’s systems for more than a week.”

When hackers caused a first-of-its-kind cyber-attack in western Ukraine in December 2015, cutting off the lights to 225,000 people, this was widely regarded as being the first example of hackers shutting off critical energy systems that supplied hundreds of thousands of homes. This attack was followed a year later by another attack that cut power hundreds of thousands of residents in the country’s capital, Kiev.

“These kinds of attacks show how vulnerable unprotected critical infrastructure systems can be today. As a distributor of best-of-breed technologies, which are carefully selected to complement each other as well as provide solutions where there may be gaps in the market, Networks Unlimited Africa offers its customers true business and security benefits.

“In South Africa, security conversations have traditionally centred on the possible theft of intellectual property and personal data. Today, however, we urgently need to add in thinking around the defences of industrial control systems and critical infrastructure. The stakes could be very high for those who do not,” concludes Van de Giessen.