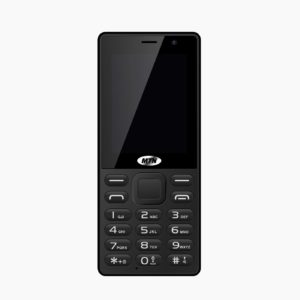 The MTN Smart is available in all MTN stores across Nigeria for $22,14

MTN has started to roll out its new Smart S 3G phone across all of its African markets. The telco launched MTN Smart, a smart feature phone running on Kai Operating System (KaiOS) in Nigeria.

MTN Smart comes with two cameras, a 2-day battery life with 2,000mAh battery, the SC7731EF processor, 2.4-inch screen, 256MB RAM and 512MB of storage. The MTN Smart is available in all MTN stores across Nigeria for $22,14 and comes with 500MB monthly data free the first six months.

“We want to bring connectivity to everybody. We believe that connectivity leads to growth in the nation’s economy. With connectivity, the growth of the economy becomes faster,” he said.

The phone is significantly cheaper and still supports popular apps such as WhatsApp and YouTube. MTN said its Smart S 3G would be priced at around $22, making it one of the cheapest such phones available on the market.

“Affordability of smartphones has remained a challenge, hence, the reason for a smartphone with so many features selling at $22,14,” said De.

The phone also supports dual-SIM and a microSD card with up to 32GB of storage.

« Economics of the fourth industrial revolution