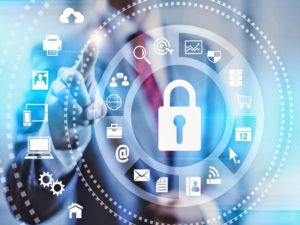 The number of businesses unable to recover data after an incident nearly doubled from 2016, according to the Global Data Protection Index.

Dell EMC announced the results of the third Global Data Protection Index indicating that, although most businesses worldwide now recognize the value of data, they continue to struggle with implementing adequate data protection.

The research, which surveyed 2,200 IT decision makers from both public and private organisations with 250 plus employees across 18 countries and 11 industries, provides a comprehensive understanding of the state of data protection and the maturity of data protection strategies.

In fact, 92 per cent of respondents realise the potential value of data and 36 per cent are already monetising their data. While this acknowledgement is positive, most respondents are struggling to properly protect their data. The combination of these factors is driving many of the survey’s findings.

The sheer volume of data and its importance to business operations make data protection that much more challenging. Disruption incidents are occurring frequently, but more alarming is the increasing amount of irreversible data loss. More than three-quarters (76 per cent) of respondents globally experienced some type of disruption within a 12-month period, and 27 per cent were unable to recover data using their existing data protection solution – nearly double the amount (14 per cent) in 2016.

Coincidently, 76 per cent of respondents worldwide are also using at least two data protection vendors, which makes them 35 per cent more likely to experience some type of disruption during the same 12-month period, compared to those with a single vendor. Unplanned systems downtime was the most common type of disruption (43 per cent) for those using two or more vendors, followed by ransomware attack that prevented access to data (32 per cent) and data loss (29 per cent).

Although unplanned systems downtime is more prevalent, data loss is far more expensive. For example, those who encountered downtime experienced 20 hours of downtime on average in the last 12 months, costing $526,845, while those who lost data, lost 2.13 terabytes on average with a price tag of nearly $1 million. Additionally, many of those who experienced a disruption also indicated it had far-reaching business impacts from customer trust to brand equity to employee productivity, to name a few.

Not only does the amount of data lost increase the price, but so does the value of data itself. It’s clear that organisations recognise this as 81 per cent said they take data protection more seriously for categories of data that have the greatest monetary value.

While those classified as data protection “adopters” sprang forward by nearly 50 percentage points (from 9 per cent in 2016 to 57 per cent in 2018) and “leaders” increased 10 percentage points (from 2 percent in 2016 to 12 percent in 2018), most businesses are struggling to implement a solution that adequately suits their needs. The majority (95 per cent) of respondents face at least one challenge in relation to data protection. The top three challenges globally include:

The challenges presented by emerging technologies and the rapid growth of data are just beginning to take shape. As such, only 16 per cent believe their current data protection solutions will be able to meet all future business challenges.

When considering data protection solutions in a public cloud environment, the growing data universe plays an especially critical role as indicated by 64 per cent of respondents who named scalability options as important. Specifically, 41 per cent cited the impact of data protection infrastructure or services required to protect at scale, while 40 per cent cited the ability to scale services as public cloud workloads increase.

Regulation Is an Impending Catalyst for Evolution

Data privacy regulations like the European Union’s General Data Protection Regulation (GDPR) are relatively new, and the true impact on the data industry has yet to be realised. However, it has quickly become a focal point as regulation compliance was ranked in the top three data protection challenges by 41 per cent of respondents.

Moreover, only 35 per cent felt very confident that their organisation’s current data protection infrastructure and processes are compliant with regional regulations. That sentiment is beginning to translate into reality as 12 per cent of respondents whose organisation experienced data loss or unplanned downtime in the past 12 months reported paying punitive fines as a result.