Triple-A video game developers, Blizzard Entertainment were once known for crafting the pinnacle of experience-focused entertainment in games, having success after success with world-renowned hits such as Starcraft: Brood War and the pop-culture phenom World of Warcraft. However, their latest forays have been more misses than hits and their re-mastered re-release of the 2002 Warcraft III: Reign of Chaos has left their fans in flaming fits of consumer rage. 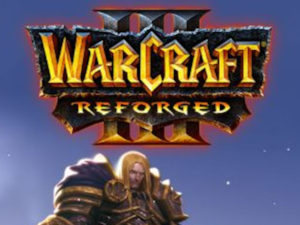 Warcraft III: Reforged players are so utterly disgruntled that they have even created an anti-Warcraft III website in a parody of Blizzard Entertainment’s own in order to show their ire at the once-beloved developer.

Seen as a tragedy by die-hard fans, a once-in-a-generation classic was ‘re-mastered’ into one of the worst received games of all time on Metacritic, with a cataclysmic score of 0.5 out of 100. What once was believed as a means to breath fresh air into the community is now the impetus for the community to tear itself apart, with one user posting on Metacritic saying “I’d rather have paid to prevent them from releasing this” and calling the game “disgusting”  and their sentiments are echoed throughout the annals of the internet. Across boards on Reddit, amongst the memes on Twitter and even on Blizzard’s own forum threads a bitter and disappointed horde of costumers clamours for, at best, the product that was promised, and at worst, a refund.

Most of what caused this uprising against the developer can be found in a series of, what fans say are, broken promises. During Blizzard’s massive fan-con event held every year in California, the appropriately named Blizzcon, after unveiling the then-upcoming Warcraft III: Reforged, Blizzard developers showed off brand-new in-game cutscenes (4+ hours of them, as listed in the official website) and brand new modelling and animations set to reincarnate the 2002 classic.

Then the game released by the end of January, and players who had pre-purchased the game, expecting all of Blizzard’s advertising to be legitimate, were met with disappointment. The in-game cutscenes were not as Blizzard advertised, problems with framerates and animations, game-breaking bugs and a series of missing features from the un-remastered and original version of the game greeted the players. This coupled with the fact that the game was further delayed by Blizzard before launch, and a hefty $38 price tag for, effectively, an 18-year-old game and the camel was officially inundated with straw.

In fairness to Blizzard, they had admitted in November 2019 to, what some users are calling, ‘downgrades’, especially within the game’s single-player campaign, which was supposed to be reworked from the bottom up. Producer Pete Stillwell has said “Last year as you saw with [the campaign cutscene] we were really aggressive on some changes, I think, and telling the story from a different perspective. We got fairly divisive feedback from the camp of ‘don’t change my game’ vs. ‘oh, this is cool, it will welcome a new audience’”. Finally adding that, for the campaign itself, “we decided to dial it back a bit”.

This, one of the largest issues with the release, according to PC Gamer, is that Blizzard failed to properly set expectations for what exactly Reforged would be, and have now begun to suffer for it.

Blizzard has since introduced an instant refund feature for the game to appease the masses, and through an update on the Warcraft III forums acknowledged the discontent, addressing only a few complaints held by the community, leaving the rest up in the air. “We’ll share release plans as work progresses in the coming weeks – please be assured that the team is hard at work on standing these features up,” writes Blizzard’s community manager in the update.

The reaction to this update has followed the general sentiment from the beginning, and since Blizzard’s monopoly on trust is running a little slim as of late, especially following PR-nightmare events such as the Diablo Immortal announcement and the whole Blitzchung debacle, costumers are having issues trusting Blizzard to make payment on now-further promises.