The year 2019 delivered a significant profit for the gaming industry all over the world. The statistics show that the global video games market generated $83 billion income – with mobile games representing the most substantial segment of the entire video games market, resulting in $49 billion in revenue. 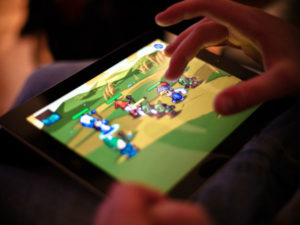 In 2019, the mobile gaming industry generated around 60 percent of the worldwide video games revenue. With $16.9 billion profit, online games were the second-largest market segment. The third most lucrative revenue source was download games, which generated a $15.1 billion income.

The statistics indicate that the mobile gaming industry will continue to generate the most significant part of the video games market revenue in the years to come. With an annual growth rate of 2.9%, the global mobile games market is forecast to reach a $56.6 billion value by 2024.

China Generates the Most Significant Part of Mobile Gaming Revenue

In global comparison, most of the mobile gaming revenue in 2019 was generated in China, which reported an $18 billion profit. The United States was the second-largest mobile gaming market in the world that ended the year with $9.9 billion in revenue. Japan ranked third with $6.5 billion income, followed by South Korea and the United Kingdom as other leading markets.

Number of Mobile Games Users to Reach 1.7 Billion by 2024

The number of users in the mobile games segment reached 1.36 billion in 2019, with 36 per cent of them aged between 25 and 36 years old. The latest data report 18.6 per cent of user penetration, expected to rise to 22.5 per cent by 2024. According to the latest surveys, by 2024, more than 1.7 billion people worldwide will be playing mobile games.