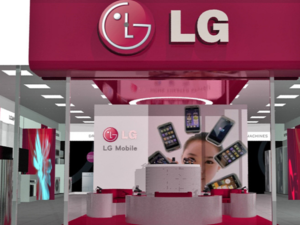 The LG Home Appliance & Air Solution Company generated first-quarter revenues of KRW 5.47 trillion (USD 4.86 billion) and operating profit of KRW 727.6 billion (USD 647.3 million), the highest quarterly revenue and operating income for the business unit in LG history. Sales were especially strong in Europe and Asia, contributing to growth of 11 per cent year-on-year and 26 per cent quarter-on-quarter on robust sales of premium and growth products especially in the domestic Korean market. The increase in operating profit of more than 30 per cent from the same period last year also can be attributed to the growing popularity of high-growth products such as Styler, clothes dryers, air purifiers and vacuum cleaners as well as effective cost reduction efforts.

The LG Home Entertainment Company reported first-quarter revenues of KRW 4.02 trillion (USD 3.58 billion) and operating profit of KRW 346.5 billion (USD 308.27 million), a decrease of 3 per cent from the same period the previous year due to seasonal weakness in demand and the lack of global sporting events. Operating income increased significantly from the previous quarter thanks to greater marketing efficiencies and improvement cost structure. The launch of new 2019 premium products including OLED TVs, NanoCell TVs and large-screen Ultra HD TVs is expected to generate additional sales opportunities in the second quarter.

The LG Mobile Communications Company saw first-quarter sales of KRW 1.51 trillion (USD 1.34 billion) and narrowed its quarterly operating loss to KRW 203.5 billion (USD 181.05 million) as LG continues to rebuild its smartphone business. Operating results improved from the previous quarter as a result of stronger business structure. Looking ahead, the launch of LG V50ThinQ 5G smartphone is expected to create positive momentum in the second quarter while the relocation of LG’s smartphone manufacturing centre from Pyeongtaek, Korea to Haiphong, Vietnam will help improve profitability and LG’s global competitiveness in the second half of the year.

The LG Business Solutions Company posted first-quarter sales of KRW 626.6 billion (USD 556.58 million), 5 per cent higher than the previous quarter and 3 per cent lower than the first quarter a year ago. Operating profit of KRW 55.5 billion (USD 49.38 million) was 272 per cent higher than the previous quarter but 3 per cent lower year-on-year due to the impact of U.S. tariffs on solar module imports and ongoing significant price erosion in major markets. The information displays business plans to improve profitability by expanding sales of premium displays and LED products.

LG Electronics’ unaudited quarterly earnings results are based on IFRS (International Financial Reporting Standards) for the three-month period ending March 31, 2019. Amounts in Korean won (KRW) are translated into U.S. dollars (USD) at the average rate of the three-month period of the corresponding quarter — KRW 1,124 per USD.