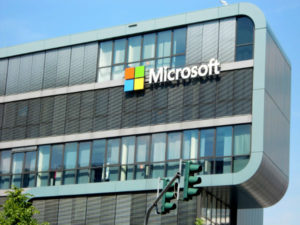 Microsoft’s opening of its first cloud data centres in South Africa on March 7, marked a historic milestone for South Africa and the continent as it will allow for faster, more agile business operations and provide access to next-generation technologies.

The technology giant announced the launch of Microsoft Azure saying it was available from its new cloud regions in Cape Town and Joburg.

Cloudbox CEO Justin Trent says these enterprise-grade data centres will power cloud, artificial intelligence and edge computing innovations across the continent. “By taking the data location barrier out the way, it really does put South Africa in a first world position when it comes to technology choices.”

“The decision now comes down to functionality rather than being constrained to choices that were defined by data location. We are now able to offer South African businesses Azure hosted services in South Africa. This expands the local cloud server offering, giving us more choice to better assist our clients in finding a solution that is right for them,” he explains.

The availability of Microsoft’s intelligent cloud services to be delivered from the new data centres in South Africa means local companies can securely and reliably move their businesses to the cloud while meeting compliance requirements.

Yousef Khalidi, corporate vice-president of Microsoft Azure networking, said the combination of the company’s global cloud infrastructure with the new regions in Africa would increase economic opportunity in Africa, as well as connect businesses across the globe through improved access to cloud and internet services.

Barnard said the EEIP was also funding skills development among South Africa’s young software developers and would continue investment in the Independent Software Vendors sector to strengthen local intellectual property and accelerate their growth in the global market.