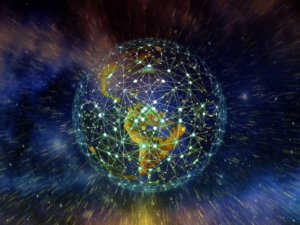 2019 has been an exciting year for tech across Africa – from local startups taking on the global stage and South Africa’s very own smartphones to the appointment of more women in positions of power – and with 2020 right around the corner, here is a look back at the most popular stories of 2019:

1. 6 things you should know about South Africa’s first smartphones

On Thursday, 18 July 2019, MTN Group announced the appointment of Yolanda Cuba as new Group Chief Digital and Fintech Officer. She joins MTN Group from Vodacom, where she served as Chief Officer of Strategy and M&A. Prior to her role at Vodacom, Cuba was the CEO of Vodafone Ghana for a three-year period, a position that saw her named Telecom CEO of the Year in 2018.

When it comes to eCommerce sales in Africa, three of the continents biggest economies are dominating. West African country, Nigeria, has the most eCommerce sites. 40 per cent of Africa’s eCommerce ventures have headquarters in Nigeria. However, the West African country has an internet penetration of only 48 per cent. Kenya, with a 79 per cent internet penetration has Africa’s biggest mobile wallet provider, M-Pesa. The availability of a secure payment system encourages internet access and online buying. South Africa, with a population of 55.5 million has a 54 per cent internet penetration. It has a substantial middle class and is perhaps the country with the best cross-border potential.

7. 10 Things to know about mobile payments in Africa

The trend of making payments using mobile wallets installed as applications on smartphones which sometimes makes use of Near Field Communication Technology and generally an internet connection is becoming widespread, and indeed Africa is not left out in the grand scheme of things.

In fact, Africa is embracing this seamless cashless payment method alongside the rest of the world. With some economies in the African continent forecasted to match-up with their western counterparts, the rise of mobile payments in the region is one of the pointers to a brighter future for the economy of the rising continent.

8. 5 things you should know about the new HUAWEI FreeBuds 3

Attention all digital music lovers, Huawei launched its flagship headset, the Huawei FreeBuds 3, in South Africa. In a world where consumers are enjoying higher-quality streaming, the market for an optimal listening experience is shaping the earphone industry.

9. The new LG V40ThinQ brings content to life with 5 cameras

LG Electronics released the V40ThinQ in partnership with Vodacom on 7 February at a retail price of R12,499 postpaid and R599 per month on a Vodacom contract. The device sports five-cameras, with three cameras mounted on its rear and two on the front. The fingerprint scanner is placed just below the rear cameras.

Despite the major infrastructural challenges that Africa faces – such as low connectivity and the high cost of data, the number of video streaming platforms active in Africa has exploded over the past few years as the continent responded to the global shift from linear TV to on-demand viewing.

Online streaming is cheaper and more convenient than traditional cable TV because it gives you an option to watch the programs of your choice at a time convenient to you. Due to flexibility, low cost and convenience many Africans would rather subscribe to a streaming platform.

In light of Safer Internet Day which is observed around the globe today, 05 February, YouGov has released the results of a study which shows that many internet users in South Africa are still not doing enough to safeguard themselves online.

Commissioned by Google and conducted amongst 1005 internet users in the country, the study shows that 53% of respondents have received phishing emails from people imitating legitimate sources in order to fraudulently gain access to their personal information, including passwords and bank details.

In a rare public appearance on Wednesday, 13 March 2019 at Stanford University, WhatsApp co-founder Brian Acton urged students to delete their accounts from the social network Facebook. This was despite his having sold his own company to Mark Zuckerburg’s social media giant for $19 billion (R275 billion) back in 2014.

HP has announced the appointment of Elisabeth Moreno as the new Managing Director for HP Inc. Africa. Based in Johannesburg, Elisabeth Moreno replaces David Rozzio who will move to another leadership position at HP, leading its Central Europe cluster. In this new role, Moreno is responsible for providing country leadership for South Africa and driving profitable growth across the company’s Printing, Personal Systems and Services businesses across the Africa region.

After deploying a fix for its notorious FaceTime bug, Apple is compensating the boy who discovered it in the first place.

A 14-year-old high school student named Grant Thompson from Tucson, Arizona was the first to pick up on the FaceTime bug. Thompson discovered that he could basically pick up a friend’s phone by dialling one person in FaceTime, swiping up, and dialling someone else before the first person even answered the call. Thompson told his mother about the discovery and it took her over a week to get into contact with the company.

TECNO Mobile has unveiled a new smartphones CAMON 12 Air with an upgraded camera to unlock a new image era. As one of the most remarkable camera devices, TECNO CAMON 12 Air is coming with the initiative Dot-in Display and 16MP, 2MP, 5MP AI Max Triple Camera for its outstanding shooting performances.

Telecommunications service provider, Airtel Africa has announced the appointment of Ian Ferrao as Regional Director of its East Africa business.

The all-new Nokia 6.2 launched in South Africa on 7th November 2019 and retails at R3,899. According to HMD Global, the home of Nokia phones, this mid-range smartphone offers AI-powered battery efficiency, powerful camera’s and comes Android 10 ready.

19. Is it safe to download FaceApp? All your questions answered

2019 saw the release of a mobile app that uses neural network technology to automatically generate highly realistic transformations of faces in photographs. Developed by Russian company Wireless Lab, FaceApp, as it is known, has been around since 2017 but recently gained popularity and went viral with millions of people downloading it. The app also garnered negative responses from some people.