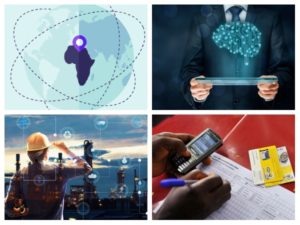 IT News Africa: Most Read Articles of The Week

Another insightful week of technology has gone by. Each week we uncover the most interesting and informative technology trends from around the world.

From new innovations and upcoming smartphones, growing economies to emerging startups here are some highlights of some of the most read articles of the week.

Vodacom has partnered with Apple to become South Africa’s first telco to offer its business customers access to the Apple Device Enrollment Programme (DEP). This a milestone in mobile security and will ensure that all the Apple devices used for business are secure, set up correctly and configured. Read more.

Rain and Huawei to announce 5G roll out in South Africa

At 2019 Mobile World Congress (MWC 2019), Data-only network Rain has announced it’s going to start offering 5G commercial services in South Africa in September 2019. The company is partnering with hardware manufacturer Huawei, which will supply the devices necessary for consumers to enjoy the new, high-speed mobile standard. This move has made South Africa one of the first countries in the world to launch 5G. Read More.

As we approach the third month of 2019, some interesting trends are being predicted and already seen, in the retail and online market segment. Considering that December – usually an important sales month – was a tough one for SA retailers, keeping ‘on trend’ and giving consumers what they want is critical for growth. Read More.

Visa, PayMate partner to fast-track digitisation of B2B payments in the region

Africa is currently undergoing a broadcasting revolution. The astronomical rise of Over-The-Top (OTT) content, Internet Protocol Television (IPTV) and Video On Demand (VOD) services has already wrought major changes throughout the film and television industries, with all signs pointing to even greater innovation on its way in the coming years. Read More.

Look at this massive phone

Energizer (yes, the battery brand) has made a phone. The company unveiled the Energizer Power Max P18K Pop at Mobile World Congress (MWC2019) this week, a phone with an 18,000mAh battery. It’s not Energizer’s first phone, but it has already made a name for itself as the phone with the biggest battery in the world. Read More.

Mobile satellite connectivity, Inmarsat has announced a partnership with Microsoft which will enable Inmarsat’s customers to transfer data collected through their Industrial IoT solutions to the Microsoft Azure IoT Central platform. Under the agreement, Microsoft Azure customers will also be able to access Inmarsat’s global satellite communications network, enabling them to connect their IoT infrastructure to cloud-based applications via the world’s most reliable mobile connectivity network. Read More.

Digitalisation of SMEs in Africa

There is a general consensus that Small to Medium-sized Enterprises (SMEs) are the key to the economic development of African countries. It is also a well-known fact that the digitalisation wave is not ephemeral, but is only the beginning of a whole new era in general life and in business. Read More.