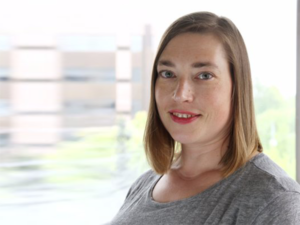 Internet of Things is a vast and rapidly developing concept within ICT. Devices are getting smarter and innovators are finding more ways to integrate these kinds of devices into our everyday lives. It has moved completely out of the personal and residential sphere and turned into a “smart city” movement where new technology is blanketing cities to improve on a number of different things, such as transport, maintenance, and even crime.

Johanna Juselius, a Senior EU Advisor for the Helsinki-Uusimaa Region, who will be speaking at the upcoming IoT Forum Africa 2019 taking place on the 26-27 March at the Gallagher Convention Centre in Johannesburg, answered a few questions on the topic of smart cities and how the Internet of Things has impacted communities on a larger scale.

How would you define the concept of a ‘smart community?’

To us, a smart community is largely the same as a ‘region’. The region is developed by supporting our smart specialisation spearheads. The benefit of implementing a smart specialisation strategy on a regional level is support for the local ecosystem. In an ecosystem, as many actors as possible are involved. An ecosystem creates a ”spillover effect” which roughly means that others benefit from the success of high-achievers in the region by being close to them and this creates new, surprising, ground-breaking partnerships and innovations.

The Smart Communities phenomenon is global in the sense that it exists all over the world, as well as locally since it is often based on local initiatives.

In the Smart Communities Guidebook, developed by the State University of San Diego (1997), Smart community is described as a geographical area ranging in size from neighbourhood to a multi-county region whose residents, organizations, and governing institutions are using information technology to transform their region in significant ways.

Co-operation among government, industry, educators, and people, instead of individual groups acting in isolation, is preferred. The technological enhancements undertaken as part of this effort should result in fundamental, rather than incremental, changes. (source: Lindskog, Helena (2004) Smart Communities initiatives).

When the European Parliament compared the Smart City initiatives of 468 European cities, Helsinki was ranked among the top six. Propelled by agile city development policies, Helsinki is planning to stay at the cutting edge in the future.

In the Helsinki Region, our four main smart specialisation themes are:

We recognize, that digitalization is relevant in all regional development projects.

The “smart city” concept, however, needs to be extended beyond cities to create synergies with regions. Why? Because issues that need solving don’t stop at the city limits and agile piloting should be done in varied surroundings.

“Smart cities” is more of a way in which places are developed, not necessarily just a city, so it can be a region. It is more and more fruitful to think of a smart city as a network of cities. Think of the spillover effect.

The Helsinki Region’s place value proposition is a targeted investment offering that is based on the place’s competitive edge and smart specialisation. Place-specific culture, values or characteristics are used to differentiate the offer in a highly competitive market.

In the Helsinki region, the continuous entrepreneurial discovery process (EDP) advocated by smart specialisation strategies (RIS3) for territorial development impact the smart city initiatives in the Helsinki region. This regional ecosystem includes several cities, such as the Capital Helsinki, Espoo, and Vantaa (which are the 3 biggest cities in Finland).

The smart initiatives have a spillover effect in the whole region which consists of 26 cities. It is fair to say the spillover effect is actually national. A lot of smart initiatives are coordinated through the 6AIKA strategy, with the 6 biggest cities in Finland. Thus the strategy and funding, and the projects which are funded benefit from the smart specialisation policy mix.

The population moves across city limits and want services where they are. To us, a smart city is also about people. In the past, smart city has focused on technology but to us, the role of the people is a key.

How rapid is the adoption of the ‘smart’ trend right now?

The European Commission introduced the Smart specialisation concept in the current funding programme, and we in Helsinki made out first ever Smart Specialisation Strategy for the period of 2014 – 2020. We are now in the process of renewing that strategy. Smart specialisation is quite a new policy instrument, but week signals show that it is gaining a larger stronghold in Europe.

Social innovations develop rapidly. The people in the Helsinki region are active and create agile and user-focused services and solutions. The Helsinki region is the world leader in opening up and utilising public information. The region is big enough for the systematic development of significant technology and social innovations, and small enough to make it feasible in practice, too. The process of open urban development is never finished – wellbeing is created every day through a joint effort.

What are the main factors to consider during the implementation of a smart city initiative?

Do not only think on a city level. Consider larger areas, such as regions, if that is possible in your context. Also see how you can make use of partnerships between cities, and regions, nations, and continents.

Smart cities is a central issue for global societal and economic development. Digital technologies enable smart city innovation and infrastructure, but they are becoming more and more complex for politicians and influencers to understand.

According to foresight intelligence, three-quarters of the world’s population will live in an urban environment in 2050. Therefore it is important to focus on how people will live in these cities and regions in the future, and what is the benefit of a smart approach in this picture. The City of Helsinki operates a participatory budgeting model. It also operates a citizen participatory model in general. CitizenS share data and develop services.

Smart mobility, which includes mobility as a service (Maas) and automated and robot vehicles, I feel, is another factor worth considering with some thought. Finland is a pioneer in the field, and the Helsinki Region, in particular, is known for its advanced applications of autonomous driving and Mobility as a Service. We have the opportunity to become the leader in intelligent public transport and the efficient use of existing cars.

Driverless electric buses have been piloted in several projects in the Helsinki Region, for example in a project called aIGO. One notable project was called SOHJOA, which was the first project to test robot buses among public traffic and was run as a joint undertaking by Finnish cities and universities from 2016 to 2018.

Smart Mobility in the region is a great example of this: Helsinki Region Transport made history of urban mobility when in 2016 its board approved terms for offering public transport as part of MaaS services. Helsinki Regional Transport Authority (HSL) offers open data both as interface services and data packages. Below is listed all available data sets.

In the Helsinki Smart region, public and private players are among the world’s firsts to build smart cities through new service concepts. These concepts benefit from the involvement of private and public businesses and increasingly, the end-users. They have understood the importance of cooperation and new user needs that the transport sector is facing through disruption.

Whim, the pioneering mobility as a service by MaaS Global from the Helsinki Smart region, Finland, wants to offer a complete set of mobility and through that an alternative to owning a private car. No other current service provider can compete alone with car ownership and that is why we need an ecosystem to do that. In Helsinki region, local public transport provider Helsinki Region Transport (HSL), together with taxi dispatching companies Lähitaksi and Taksi Helsinki and car rental company Sixt has proven that also traditional players can be leading the way how to become a forerunner.

Public health experts are also keen to see that the app can encourage healthier choices, such as walking or cycling. Emissions should also fall because of fewer vehicles riding the streets. Helsinki aims at making its centre free of cars by 2050 – not by banning them, but by building a transport system that makes private car-use redundant. The whole Helsinki Smart region aims to be carbon neutral by 2035.

I can also give you an excellent example from Kalasatama – a smart city district: Building a new city district requires millions in investment. Forum Virium Helsinki’s operating methods, agile piloting and user engagement fit in with creating city infrastructure. When the basic infrastructure works, people can build their own innovations on top of it. In Kalasatama the users have been involved from the beginning.

There sure is smart infrastructure in Kalasatama: the garbage bins empty themselves, in the smart grid energy and information travel in two directions, and a huge energy storage system is being planned with a capacity equivalent to the peak output of about 4000 solar panels. At best, it can be a bridge between corporate innovations and the city. And that is exactly what we need.

The Six Cities Strategy (6Aika) is a collection of actions for sustainable urban development. It is a joint strategy of our six largest cities, we tackle the challenges of urbanisation and evolve towards ever smarter and inherently human-centric cities.

Finland’s six largest cities – Helsinki, Espoo, Tampere, Vantaa, Oulu and Turku – are home to some 30% of the population. As a result, their joint development projects are of national importance. The aim of the Six City Strategy is to create new business, know-how and jobs in Finland. This kind of initiatives a scalable globally and I hope other countries would learn from it.

Larger areas than individual cities share similar challenges, should join forces, need to solve infrastructure issues, have common goals and can learn by doing from the mistakes they make and others make. We need to learn to share more for the benefit of all so that we can crack troubling issues globally.

What kinds of concerns are coupled with the creation of a smart community?

If I allow myself to think of this question in terms of data security, to that can be said, that in the funded project’s data is being handled by experts even before it is lead to being utilized. The data is handled so that security risk won’t occur. This is a very important factor in particular in a project, where families’ social problems have been handled and a model has been created, which enables a certain type of foresight preventive treatment for social service clients.

Another strong growth theme is health and wellness. Although there are many development directions in health technology, the sector demands a great deal from new businesses. Regulation is common in the medical environment, and approving technology for official use takes a lot of time. Developing new innovations also requires a lot of specialisation. Health is not the easiest sector from an entrepreneur’s perspective, but we are now clearly taking big steps forward. We have lots of great ideas and innovations that are being put into use. It’s a big change and it will happen quickly.

The whole paradigm should be turned around, making service development projects into processes that push out products as quickly as possible. The development then kicks off and continues for a couple of years. Now what happens is that you make specifications for a couple of years, then order the work and implement it. The project ends just when it would be time to improve it.

What does your role as a Senior Advisor entail?

« The lowdown on Android Q for all Pixel phones