Oil has reigned for centuries as one of society’s most valuable resources. Throughout history, those who have controlled oil, have controlled the economy. However, in the data economy of today, data itself – due to the insight and knowledge that can be extrapolated from it – is potentially far more valuable.

Like oil, raw data’s value comes from its capacity to be refined into an essential commodity. The potential for data cannot be understated, and it is for this reason that cybercriminals – driven by means, motive and opportunity – are in hot pursuit of companies’ intellectual property. 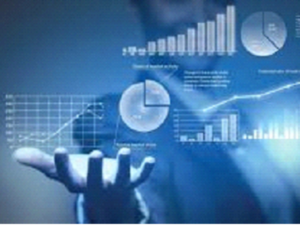 IP is the heart of the 21st-century company

Intellectual property (IP) is the heart of the 21st-century company, an essential motor driving innovation, competitiveness, and the growth of businesses and the economy as a whole. The loss of IP could be fatal to a company’s future.

According to Nithen Naidoo, CEO of Snode Technologies, the common misconception that companies have around cybercrime, is that hackers intend to shut down your organisation’s critical infrastructure, but the truth is far more insidious.

“Shutting down an organisation has very limited upside for organised criminals – they want to make money, and the best way to do this is by monetising your intellectual property. Thieves are primarily after corporate secrets and business information that can be monetised quickly. This can include drug trial data, a paint formula, a manufacturing process, a geological survey of oil deposits, merger plans, or information about business negotiations and strategies. IP theft is a very real threat to organisations across industries.”

Out of fear of shareholder reaction, IP theft goes largely unreported – or worse, undiscovered. Unlike credit card fraud or theft of personally identifiable information, there is no easy way to track stolen IP or to understand how it is being exploited. Because of its nature, is often the case that stolen IP theft goes undetected by the company for an extended period of time, if at all.

Cybercriminals see no benefit in deleting a valuable document from the server, so will simply duplicate the file, meaning the organisation is none the wiser.

To this point, Naidoo emphasises, “Ignorance is not bliss. what you do not know, can and will hurt you; the loss of trade secrets can cripple your competitive advantage and ultimately do serious damage your business.” These companies will often see the impact on their bottom line, without ever realising the true cause.

Numerous factors have dramatically altered the traditional ways companies protect their IP. The digitalisation of huge amounts of valuable corporate information and increasing interconnectivity—both inside and outside ‘secure’ corporate networks—through multiple devices, have made IP far more portable and accessible. This makes IP increasingly vulnerable, and a very tempting target to attack.

Naidoo stresses that companies cannot rest on their laurels in the face of cybersecurity threats as targeted attacks are becoming more sophisticated and ever-evolving.

“Organisations need to augment security measures by implementing a culture of security, and emphasising that all employees are part of an organisation’s security posture, not just the IT team. To stay ahead of threats, it is critical companies provide a holistic approach to improving security process by not only utilising an integrated security solution but also instilling a sense of responsibility for cybersecurity from the top-down.”

Increased global competition and the resulting advantages of trade secrets have made corporate IP a lucrative target for cybercriminals.

Naidoo concludes, “It is not a matter of if you will be compromised, but when. In fact, chances are good that malware is already running undetected on the networks of many enterprises that lack the solutions designed specifically to proactively address advanced attacks. Adopting a proactive security model is crucial for the protection of your critical IP assets, as well as your company’s future competitiveness and economic viability.”