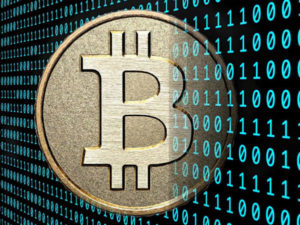 IBM has announced the IBM Blockchain World Wire, a real-time global payments network for regulated financial institutions, is officially accessible in a growing number of markets.

Designed to optimize and accelerate foreign exchange, cross border payments and remittances, World-Wire is the first blockchain network of its kind to integrate payment messaging, clearing and settlement on a single unified network, while allowing participants to dynamically choose from a variety of digital assets for settlement.

“We’ve created a new type of payment network designed to accelerate remittances and transform cross-border payments to facilitate the movement of money in countries that need it most, ” said Marie Wieck, General Manager, IBM Blockchain. “By creating a network where financial institutions support multiple digital assets, we expect to spur innovation and improve financial inclusion worldwide.”

Today World Wire has enabled payment locations in 72 countries, with 47 currencies and 44 banking endpoints. Local regulations will continue to guide activation, and IBM is actively growing the network with additional financial institutions globally.

World Wire provides a more straight-through model for cross border payments using the Stellar protocol that makes money transfers point-to-point in lieu of the complexities of conventional correspondent banking. It reduces intermediaries and allows users to accelerate settlement time often in seconds by transmitting monetary value in the form of digital assets, commonly known as cryptocurrencies or “stable coins.”

“RCBC is pleased to be an early innovator with plans to issue our own Peso stable coin on World Wire, pending final approval from our regulators,” said Manny T. Narcisco, First Senior Vice-President, RCBC. “We’re focused on innovation that adds value for our customers, and World Wire presents a tremendous opportunity to transform and enhance our payment infrastructure.

World Wire is now in limited production and available in a growing number of countries. Interested organisations can learn more at https://www.ibm.com/blockchain/solutions/world-wire.

« Data protection and business continuity to stay out of the dark