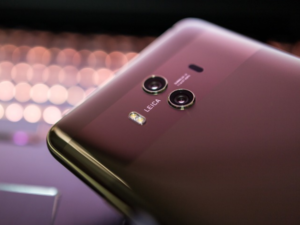 With more than 500 million active daily users in over 216 countries and support for up to 77 languages, it’s safe to say that Huawei has come a long way since it was first founded. But now, the smartphone giant – who’s been famed for ‘catering to every kind of user’ – is making changes to its EMUI software.

EMUI – previously Emotion UI – is Huawei’s custom mobile operating system based on Android. The software was first introduced back in 2012 as a way for the company to provide a premium user experience to its consumers. Over the years, Huawei has invested heavily in developing this software even further and according to the company, the update is ready to roll.

The software update is said to make its way across global markets on the 8 September 2019 – starting with the HUAWEI P30 series.

Here are five things you should know about the all-new EMUI10:

1. EMUI10 comes with a whole new look and feel

With EMUI10, consumers are treated to a whole new look which, according to Huawei, is designed to be more ‘aesthetically pleasing while also being more functional’. The UI was inspired by the design of a magazine which is clear to see from the increased spacing and larger headlines.

Consumers will also notice that the drop-down menu does not have any text and also adds spacing between each notification.

This new style extends itself across the contacts, settings, notepad and even the photo gallery apps.

2. The camera design has been updated

The EMUI10 update is said to make finding a simpler and clearer background easier thanks to the new zoom slider. It also includes 11 new filters inclusive of monochrome options. And for fans of the Aperture mode, the level of bokeh will be listed by the f-stop instead of just a number.

3. Colour elements across the interface have been reimagined

Along with the EMUI10 update comes a ‘muted or subtle’ colour tone across many of the interface’s elements. Huawei says that the redesign was inspired by the colour palette of famous Italian painter Giorgio Morandi – and this new set of subdued colours and subtle tones achieves an overall ‘elegant and peaceful’ look.

The look extends all over the user interface and is especially noticeable in the contacts app, where contacts without a picture are given a background of one of the six soft colour tones.

Huawei has created its Dark Mode which it says does more than just switching everything to black. With the EMUI10’s Dark Mode, the company hopes to make the overall viewing experience more comfortable – this is with thanks to EMUI10’s ability to adjust contrast even under changing light conditions.

Dark mode comes equipped with four different colour themes for different light conditions and it applies to both pre-installed and third-party apps.

5. EMUI10 makes animations smoother than ever before

While using EMUI10, Huawei hopes that consumers will quickly notice how the animations are now more fluid and natural. According to the company, the update has been modelled on real-world physics – improving the overall quality of animations.

This is said to give users a more ‘natural feel’ while using their smartphone.