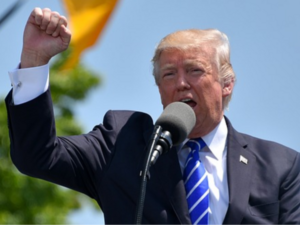 In a last-ditch attempt to undo the law made by the U.S. Government, Huawei will try to convince a judge that the ruling is unconstitutional. The law ensures that American contractors are prohibited from buying, selling or using any hardware from the Chinese technology company in fear that it will result in ‘cyber-exploitation’ by China.

Earlier this year, US president, Donald Trump claimed that Huawei is a danger to American national security. Trump then went on to sign an executive order allowing his government to block any trade between the US and a foreign organisation deemed as a threat — i.e. Huawei – even though the company has denied that its products could be used for espionage.

Just seven weeks later, Trump met with Chinese President, Xi Jinping, at the G20 summit where trade talks between the two countries seemed to be making serious headway. Trump noted that “US companies [will be able to] sell their equipment to Huawei” however he made no effort to disclose when or how a lift on the ban will be implemented.

Law professor at Stanford University, Alan Sykes says, “while the Trump administration has given mixed messages on whether its security concerns about Huawei could be addressed as part of a trade deal, the sanctions against the company provide the U.S. with leverage in the trade talks”.

“At times it has sounded like Trump is willing to trade on the sanctions,” continues Sykes. “If this somehow goes away, then the opportunity to trade it will also go away.”

Bloomberg reports that “federal judges are usually reluctant to second guess the government’s evaluation of a national security risk” which means that the law will most likely remain in effect until trade talks have been completed.