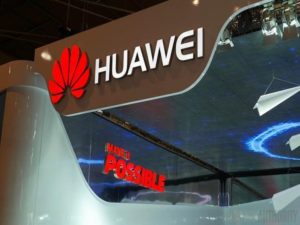 Huawei’s mobile app store, the Huawei AppGallery, will soon feature a multitude of apps and designs by local developers. Huawei AppGallery and Huawei Themes are pre-installed on all the latest Huawei and Honor devices.

“Huawei is committed to catering to the needs of South African consumers, but we also know that we do not have all the answers. For this reason, we aim to work closely with South African developers so that we can give our users everything that they need and want from their devices. At the same time, we also hope to create an open ecosystem for local developers by offering a simple and secure environment for them to upload content,” says Akhram Mohamed, Chief Technology Officer of Huawei Consumer Business Group South Africa.

Huawei Mobile Services was launched in South Africa in June last year. Since then, both the Huawei AppGallery and Huawei Themes – which features tens of thousands of creative themes, fonts and wallpapers that personalise user’s handset – have become increasingly popular with the local market. Even though it is a relatively new division of Huawei, there has been a great increase in growth; at the end of 2018 Huawei Mobile Services had 500 million users globally, representing a 117% increase on the previous year.

Explaining what differentiates the Huawei AppGallery from other app stores, Mosa Matshediso Hlobelo, Business Developer for Consumer Cloud Service Southern Africa says, “We use the name ‘Huawei AppGallery’ because we have a dedicated team that curates all the apps in terms of relevance and ease of use and to ensure that there are no technical issues. Importantly, all apps are also security-checked for malware and privacy leaks before being uploaded on to the Huawei AppGallery.”

Huawei recently held a Developers’ Day, a first of its kind, where Huawei executives met with South African developers to discuss Huawei’s offering. Forty-eight developers registered their apps on the day, and Huawei is currently in discussions with them with the eventual aim of featuring the best apps and designs on Huawei AppGallery or Huawei Themes. The Consumer Cloud Service Southern Africa Team at Huawei plans on making Developers’ Day a quarterly event and establishing a local providers’ hub, where developers can regularly meet with Huawei for training on updates to programmes and offerings.

“We have a very hands-on approach with our developers, and hope to expand that community so we can become an additional distribution channel for more developers and expose them to both a local and a global audience. For example, we regularly feature apps and designs from local developers on our Huawei social media pages, and do competitions and promotions. We want to do everything we can to make our Huawei users aware of these local apps and upload them. This will encourage the growth of the developer community in South Africa by giving developers more opportunities to generate revenue from in-app purchases,” concludes Mr Lu Geng.

If you are a developer, and would like to have your app featured on the HUAWEI App Gallery, or your design featured on HUAWEI Themes, then go to https://developer.huawei.com. Alternatively, email Huawei Mobile Services on sacloud@huawei.com.