Tech giant, Huawei is said to be in early-stage talks with several US telecom companies regarding licensing of its 5G network technology. According to a report by Reuters, “the idea of a one-off fee in exchange for access to Huawei’s 5G patents, licenses, code and know-how was first floated by CEO and founder Ren Zhengfei – but it was not previously clear whether there was any interest from US companies”. 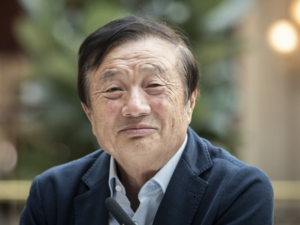 But now, Vincent Pang, senior VP at Huawei says, “There are some companies talking to us, but it would take a long journey to really finalize everything” – adding, “they have shown interest”.

If talks progress, a deal would mean that American companies could pay a once-off fee to gain access to Huawei’s current 5G patents, licenses, blueprints and code.

Here’s why Huawei has had to adjust its US strategy:

In case you missed it, earlier this year, US president, Donald Trump claimed that Huawei is a danger to American national security. Trump then went on to sign an executive order allowing his government to block any trade between the US and a foreign organisation deemed as a threat — i.e. Huawei – even though the company has denied that its products could be used for espionage.

Just seven weeks later, Trump met with Chinese President, Xi Jinping, at the G20 summit where trade talks between the two countries seemed to be making serious headway. Trump noted that “US companies [will be able to] sell their equipment to Huawei” however he made no effort to disclose when or how a lift on the ban will be implemented – months later and there’s still been no word.