Earlier this week, Google announced that it is bringing two new features to Google Maps – allowing drivers on both iOS and Android to report driving hazards and incidents and those who use Maps on iOS to report accidents, speed traps and traffic jams.

“Google Maps has always helped people get from point A to B in the easiest way possible. Today, we’re adding more tools that reflect real-time contributions from the community so you can stay even more informed when you’re behind the wheel,” says the company in an official statement. 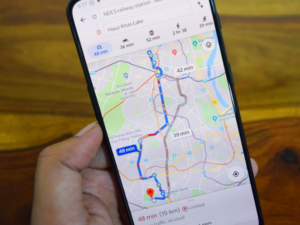 Google announced that it is bringing two new features to Google Maps.

Google says, “First, we’re adding the ability for people to report crashes, speed traps and traffic slowdowns right from their iPhone. This feature has been one of our most popular on Android, and we’re excited to expand it to iOS”.

“Second, we’re introducing the ability to report four new types of incidents–construction, lane closures, disabled vehicles, and objects on the road (like debris)–so you can quickly know if you’ll encounter one of these potential obstructions on your ride, and plan accordingly. To report an incident, simply tap on the + sign and then on “Add a report”.”

Both features start rolling out globally on Android and iOS this week.

“The new updates follow a steady launch of Waze-like additions to the Google Maps app,” says Sarah Perez in an article for TechCrunch,

“For example, Google launched speed limits and speed trap alerts in more than 40 countries in Google Maps back in May. And it had been testing various driving hazard alerts before now. Google Maps also previously adopted other Waze features, like the ability to add a stop to your route while in navigation mode, or the ability to view nearby gas prices.”