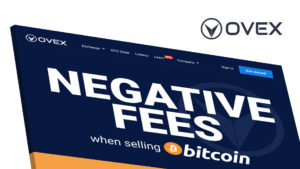 Here in South Africa, the cryptocurrency and blockchain sector is considered to be relatively new. There are many differences faced by crypto enthusiasts and traders when utilising crypto exchanges to trade when compared to the international markets.

Why There Is A Price Difference For Bitcoin in South Africa:

There’s a simple reason for this. Many exchanges argue that this is due to the fact that is no standard or global bitcoin price. Furthermore, local prices are determined by supply and demand.

Currently, there is a high demand for bitcoin in South Africa, and this has lead to a definite price disparity making the cryptocurrency more expensive to purchase via local exchanges as opposed to international exchanges such as Coinbase or Binance.

With OVEX cryptocurrency exchange, however, investors have the option of purchasing bitcoin at international rates through OVEX’s arbitrage trading platform. (Learn more here)

In addition to this, Bitcoin has been going through some bullish moves as of late, and this resulted in the price of BTC surging. Thus, many HODLERs ( a term for an investor who holds onto his/her crypto) are holding on their BTC assets in hopes of making stronger gains.

In an effort to encourage bitcoin HODLERs in SA, OVEX is rolling out a new promotion in which users will no longer be charged exchange fees for selling their bitcoin. Instead, they’ll be rewarded 0.20 per cent of their trade volume for selling their Bitcoin assets for ZAR. This means OVEX users will actually get paid when selling with OVEX, instead of paying a trading fee, does that not sound like any traders dream?

If you’re a HODLER, now would the ideal time to sell some of your BTC. Not only will you make a profit in light of Bitcoin’s performance in the past few months, but you’ll also get addition bucks back, just for selling via OVEX.

And if you’re a trader that frequently sells BTC for ZAR, why not add an extra 1.2 per cent profit (up to 1.2 per cent profit depending on the fee you would usually be charged for selling your BTC on other local exchanges) to your trade by selling on OVEX. OVEX if fully equipped with advanced API functionality, and an impressive trading UI. Check it out now!

OVEX’s 0.20 per cent Negative Fees promotion kicks off from the 5th of August and will run for six weeks, or longer. This is the perfect opportunity for investors to make a profit from arbitrage trading on the exchange and earn extra money just from promotion.

« President and CEO of Telia Company AB to step down in 2020 Rubrik offers backup that’s simple, faster and future-proof »