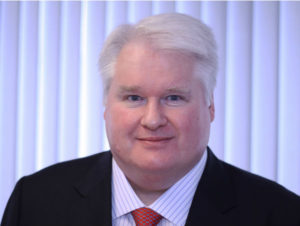 A report, commissioned by ICAEW and produced by partner and forecaster Oxford Economics, provides a snapshot of the region’s economic performance. The regions include; East Africa, Central and West Africa, Franc Zone, Northern Africa and Southern Africa.

According to the report, East Africa is expected to remain the strongest growing region with a 6.3% economic expansion this year. Ethiopia, Rwanda, Tanzania and Uganda are all expected to record real GDP growth above 6% this year, largely due to infrastructure investment and the expansion of financial and telecoms services.

African economic growth has in general been driven by public infrastructure investment and the expansion of services to a largely underserviced population. However, financial technology (FinTech) is increasingly receiving attention from both private and public sector, facilitating innovation in other sectors of the economy and allowing African nations to leapfrog more traditional infrastructure.

Michael Armstrong, Regional Director, ICAEW Middle East, Africa and South Asia said “African economic growth is currently driven mostly by traditional sectors, However, FinTech has the opportunity to leapfrog other key drivers and to foster inclusive development. But this can only happen if it is managed properly.”

Almost one-third of total funding on the continent was raised by fintech start-ups in 2017. This can be supported by the fact that 60% of all mobile money accounts globally can be found in sub-Saharan Africa (SSA), according to an Ecobank study.

The FinTech sector is set to show strong growth over the medium term, from roughly $200m in 2018 to $3bn by 2020. The majority of these investments have been routed towards Kenya, Nigeria and South Africa. It is expected that success in FinTech in these countries will expand to other African countries.

The Franc Zone is expected to record a commendable 4.9% expansion this year. Senegal saw a relatively free and fair election in February setting the stage for positive increase in economic performance of 6.5%. Ivory Coast’s economic growth is forecast to reach 7.0% this year, boosted by a rebound in agricultural exports and a strong industrial sector.

In Central and West Africa, there are signs of a more broad-based economic recovery in Nigeria, which is set to grow by 2.5% this year. Rising oil output should continue to boost GDP in Ghana which will grow by 6.4% this year. The DRC’s economy will benefit from strong momentum in the mining sector, but non-mining activity will remain constrained by a weak currency and high inflation. GDP growth is nonetheless forecast to rise to 4.4% in 2019.

In Southern Africa the economy is expected to contract by 1.5% this year as it lurches from very bad to worse. This situation if further compounded by Zimbabwe’s political instability which still remains a concern. Onlookers were hoping for Angola’s to grow by 1.1% this year owing to reform efforts, which have continued to build confidence. South Africa’s economy whose growth is currently at 1.3% saw a sombre budget reading in February.

South Africa and Malawi are both projected to grow by 4.2%, Botswana by 4.4%, Namibia by 2.1% and Mozambique by 3.4%, all of which are gearing up for elections. Policy making and implementation will take a backseat to promises, but significant instability is not expected.

In North Africa, the past quarter has raised the spectre of widespread instability. Sudan is expected to grow by1.2% despite the popular uprising which has led to the resignation of long-time President Omar Al-Bashir. Egypt, which is set to grow by 5.4%, is grappling with the idea of President Abdel Fattah Al-Sisi seeking to change the constitution to stay in power past 2022.