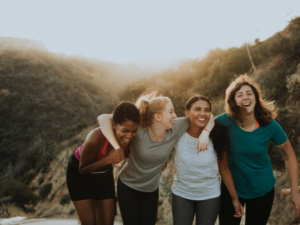 In September 2018, Cell C announced that it would be launching a new project – CellCgirl – that aimed to empower young women to give them greater opportunities to excel. Through the platform, young women between 14 and 24 would have access to educational resources, economic and employment opportunities.

“When we launched this project, we envisioned a practical resource that supports a girl’s journey through school and life that will help prepare her for future success,” says Cell C’s Chief Human Capital Development and Transformation Officer, Juliet Mhango.

According to the company, the project has ‘without a doubt’ achieved the support and connectivity that they were aiming for. With just a year under its belt, CellCgirl has attracted 157 000 users and served 204,000 sessions. The CV Builder Page alone has had over 123 000 visitors and has been used to create approximately 8 500 CVs. Users have also downloaded 24 000 resources and 1 350 AskCellCgirl questions have been received.

“All of us at Cell C are incredibly proud of what has been accomplished with the CellCgirl website in its first year,” concludes Mhango. “Cell C is privileged to have a role in the empowerment of young women through the development of this platform which has already provided a positive impact on the lives of the young women of our country.”