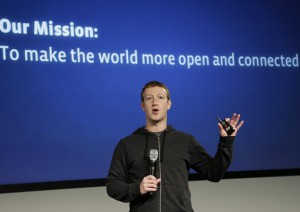 Earlier this week, Facebook unveiled details behind its long-anticipated cryptocurrency, Libra. The company’s new digital platform is said to allow users to send and spend money at a next-to-nothing fee. While the coin hasn’t been made public just yet, what is available is Libra’s white paper — a comprehensive explanation on the idea, implementation, and association behind the cryptocurrency.

But for those of you who simply want the crux of the information, here are six things you should know about the newest crypto on the blockchain:

1. Why has Facebook decided to launch a new cryptocurrency?

Thanks to the advent of the Internet, it’s now possible for billions of people to quickly and easily access information, knowledge, and communication. However, despite this progress, 1.7 billion people don’t have access to any sort of banking system, even though almost half a billion have access to the Internet.

Libra is Facebook’s chance to disrupt the current world financial system — and their mission is to “enable a simple global currency and financial infrastructure that empowers billions of people”. Simply put, Facebook wants to make financial transactions, such as transferring cash or buying products online, as painless as sending a message on Whatsapp.

“Success will mean that a person working abroad has a fast and simple way to send money to family back home, and a college student can pay their rent as easily as they can buy a coffee,” Facebook writes in the white paper.

The short answer is no, Facebook does not have full control over Libra.

The long answer is this; Libra, thus far, is made up of 28 founding members — this includes names like Mastercard, PayPal, Xapo Holdings Limited, Uber Technologies, Spotify AB and Visa.

Each of these founding members paid roughly $10 million to become a part of the Libra Association, claim dividends on earned interest in proportion to their investment and have a single vote in the Libra Association council. This way there is no one company holding all of the power, it’s rather split between members.

Facebook hopes it can bring 100 members on board before Libra is launched.

3. Is Libra a stable cryptocurrency?

While no currency, digital or otherwise, can be permanently classified as ‘stable’, there is some degree to which investors can predict the volatility of the coin. And so far, Libra is ranked high on the stability scale. This is because the cryptocurrency is pegged against a pool of international currencies (the Dollar, Pound, Euro, and Yen, to name a few) and short-term government securities.

It is the responsibility of the Libra Association to manage these assets and ensure that the value of Libra remains consistent and, if necessary, offset price fluctuations in a foreign currency by adjusting balance compositions.

4. How does the Libra blockchain work?

Libra’s blockchain has been built with speed and efficiency in mind. The database is designed to handle up to 1000 transactions per second — a major accomplishment in comparison to Bitcoin’s 7p/s and Euthereum’s 15 p/s.

Each time a transaction is submitted it first needs to be verified by at least two-thirds of the Libra Association before it’s approved. Once approved, the transaction is permanently written into the Libra blockchain — this is an unalterable public ledger of transactions.

Facebook CEO, Mark Zuckerburg says “[Libra is] decentralized — meaning it’s run by many different organisations instead of just one, making the system fairer overall. It’s available to anyone with an internet connection and has low fees and costs. And it’s secured by cryptography which helps keep your money safe. This is an important part of our vision for a privacy-focused social platform — where you can interact in all the ways you’d want privately, from messaging to secure payments.”

As a rule of thumb, Facebook won’t automatically import your private profile information. They also won’t use any of your transaction history to alter your News Feed, target ads or directly earn Facebook money. Information will only be shared within specific situations in secure and anonymous ways for research or to uncover fraudsters.

“We realize people don’t want their social data and financial data commingled,” says David Marcus, head of Calibra. “If we want to successfully win people’s trust, we have to make sure the data will be separated.”

6. When will the coin be made available to the public?

Libra is expected to launch in 2020, around the same time as Facebook unveils its crypto wallet, Calibra.