In June 2019, Facebook unveiled a new global cryptocurrency – Libra – that it hoped would disrupt the current world financial system by giving users the chance to send and spend money at a next-to-nothing fee. 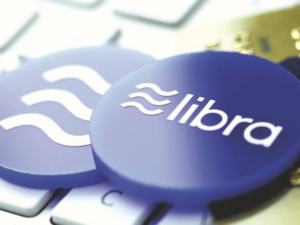 When it was first introduced, Facebook detailed how the coin would be pegged against a pool of international currencies (the Dollar, Pound, Euro, and Yen, to name a few) and short-term government securities – doing so would allow the Libra Association to ensure that the value of Libra remains consistent and, if necessary, offset price fluctuations in a foreign currency by adjusting the compositions.

But now, Reuters reports that David Marcus, head of the Libra project, says, “the group’s main goal is to create a more efficient payments system, but it’s open to looking at alternative approaches for the currency token it would use”.

And while he hopes that the proposed 2020 launch will still come into effect – Marcus notes, “We’ve always said that we wouldn’t go forward unless we have addressed all legitimate concerns and get proper regulatory approval”.

Earlier this month, Facebook, along with the remaining founding members, officially formed the Libra Association – the governing body that will control the new global cryptocurrency.